What an opener to the Alpine Ski World Cup 2020-21. Marco Odermatt skis to the podium in Sölden and barely misses his first giant slalom World Cup win. Andrea Ellenberger repeats her best World Cup finish to date with 11th place. 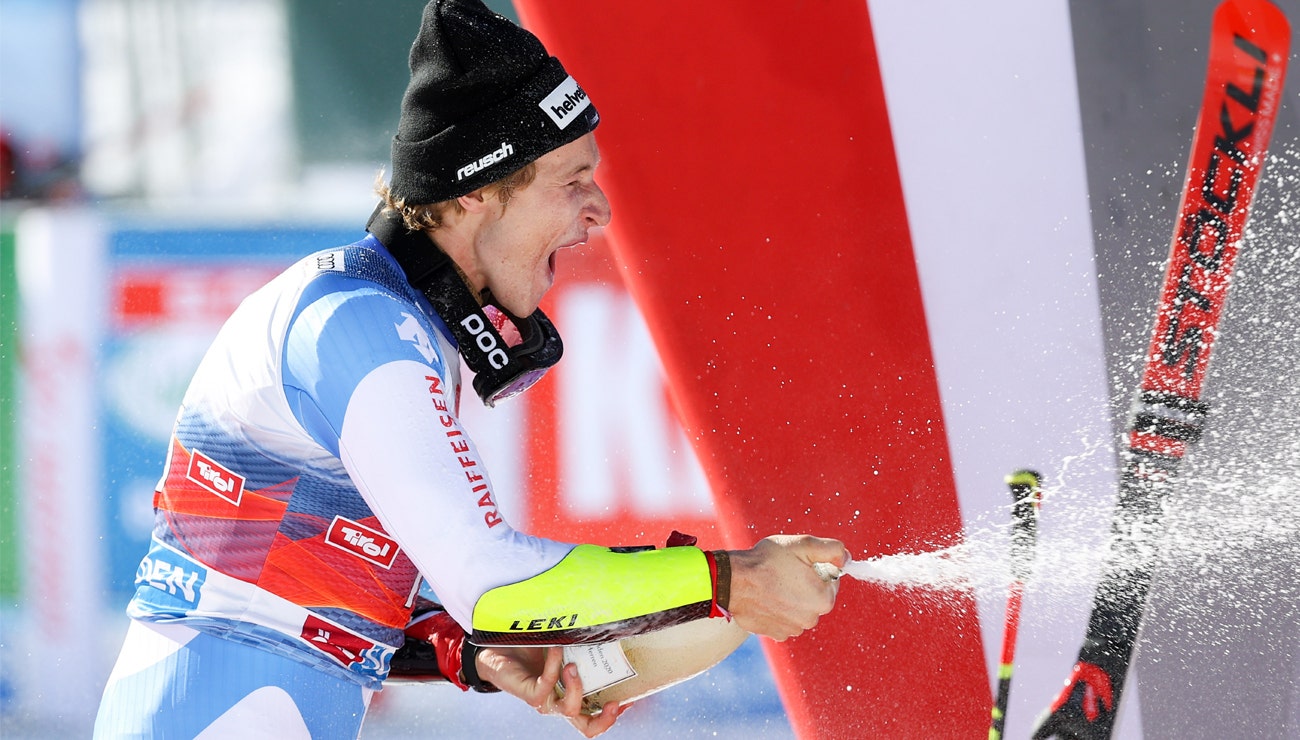 After Viktoria Rebensburg’s surprise retirement in late summer and Rasmus Windingstad’s late pre-season injury (heel bone bruise), only Andrea Ellenberger, Marco Odermatt and Thomas Tumler were on hand for the World Cup opener in Sölden.. “It is a small team, that’s true. But we still have a chance for good placement,” said Stöckli head of racing Beni Matti on Friday before the first race. But even Matti hadn’t reckoned with Marco Odermatt immediately being able to ski to a win in his first race of the winter, or with Andrea Ellenberger “knocking on the door” of the top 10.

Odermatt started well in Sölden but not really so well in the season. On the first run, Odermatt was a bit hesitant at the top but then skied well below. That put him in 7th place, 0.31 seconds behind the leader and team colleague Gino Caviezel where he had a podium finish in his sights. In the second run, the 23-year-old from Nidwalden attacked hard but without gambling too much. Even his drifting and a tight line on the escarpment seemed controlled. With this spectacular move, Odermatt - who skis much by feel – in fact lost some speed on the run but could instead ski a line that no other skier on Sunday had managed. At the finish, Marco Odermatt was lacking just five hundredths of a second for his first giant slalom win in the World Cup. But no reason to moan. “I preferred that Gino (Caviezel) stayed three hundredths in front of Pinturault and thus skied to a podium finish,” said Odermatt on Austrian TV. He demonstrated that even in the individual sport of ski racing there is room for something other than just egotism. “We could really only dream of having two Swiss skiers on the podium in the first race.”

Thomas Tumler missed qualifying for the second run by just four hundredths of a second. “It’s all my fault. I didn’t manage the final escarpment so well. For me, a positive is that I was not far from the top 30 based on time, and I’m very pleased with the new equipment.” I will accept the fight for a better starting position and work myself forward bit-by-bit,” the skier from Graubünden said. He hadn’t lost much time to Odermatt, Caviezel or Loic Meillard in the training runs.

“I knew that in particular in Sölden there is always a lot of opportunity in a second run,” said Andrea Ellenberger, looking back on her Saturday race and 11th-place finish.  After a solid start in the first run, a few mistakes crept in on the runs by the skier from Nidwalden. With those, she was not able anymore to hold a clean line. This situation and the poor visibility made for a little insecurity during the run. This insecurity however disappeared from the final decision like fog on a slope. With her third-fastest time, Andrea Ellenberger was able to jump up a solid 14 places. “I skied aggressively, plus the start and the entry to the slope were successful – not perfect, but good. Basically, I am very satisfied, and it’s a great start to the winter.” She noted she felt relaxed and awesome (“better really than during the entire last season”). Plus, she is convinced that when she can ski two really good runs, a top-8 place is totally possible. 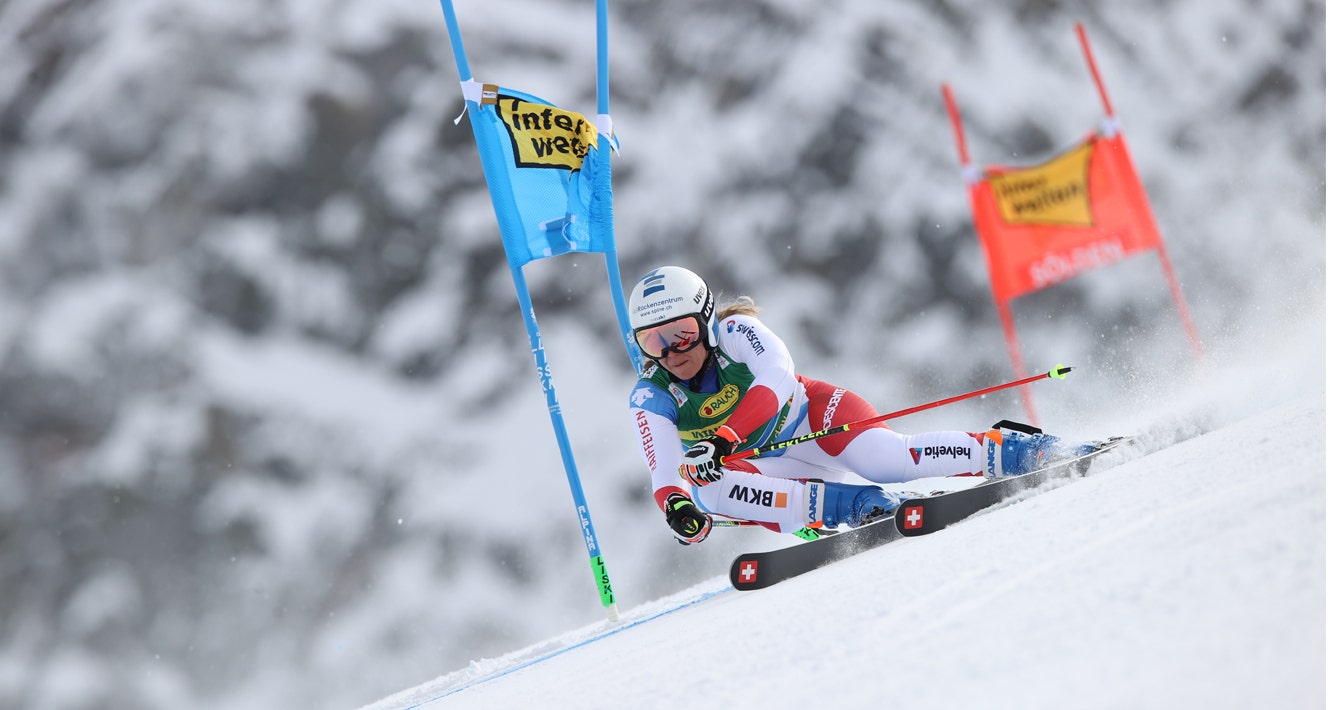