Marco Odermatt – King of the Globe(s)

He is the best giant slalom skier of the season. And he is on the verge of being crowned the overall champion of the World Cup. Marco Odermatt has bestowed many a happy moment on Stöckli. 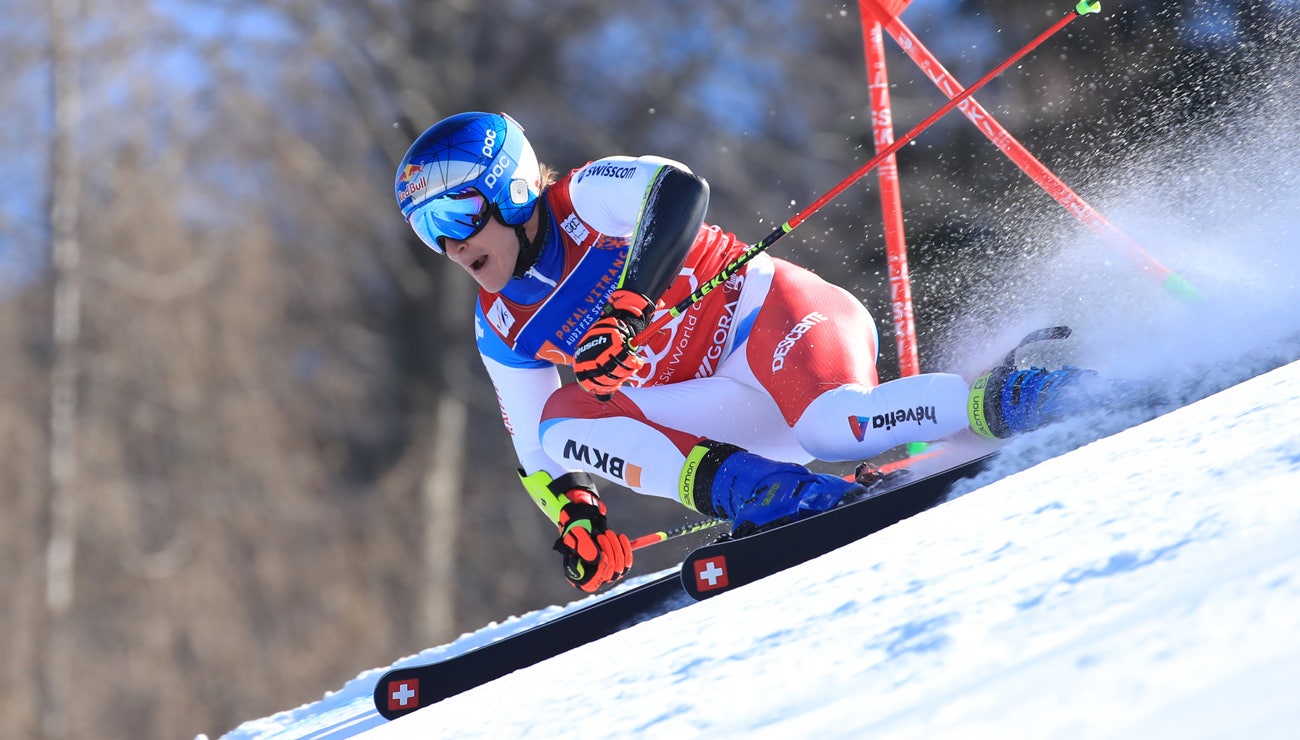 The next big goal is now within reach. And there’s more: Marco Odermatt already has the big crystal globe nearly in hand. That is the award for the most successful ski racer of the World Cup 2021-22 season. The last races before the final races in Courchevel this week already make one thing clear: Stöckli Swiss Sports AG is not only the outfitter for the giant slalom Olympic champion and the winner of the giant slalom World Cup; but the skis of the overall winner of the 2021-22 World Cup could also soon come from Malters.

Arithmetically speaking, it could still be possible for Aleksander Aamodt Kilde to top the overall standings. But this is really pretty unlikely. The cushion of 329 points already racked up should be big enough for Switzerland to thrill over a overall World Cup champion – the first since Carlo Janka in 2010. On Sunday, after his seventh podium finish in the seventh World Cup giant slalom of the winter, Marco Odermatt himself had to admit that it’s looking pretty good. Until then, he really didn’t want to hear about it. He fully recognizes that sometimes unexpected turns of events can occasionally change the outcome in sports.

Even the experts are having difficulty adequately describing Marco Odermatt and his achievements. Since his five gold medals in junior world championships in 2018, the abilities of the skier from Nidwalden were recognized. It became clear that sooner or later a success on the “big stage” would come along. Four years later, Marco Odermatt is 24 years old, and the time has now come. When one speaks of Marco, one speaks of an “instinct skier” or of “the lightness of skiing.” And at some point, they are both applicable, even when lots of work is behind the Olympic medal and podium finishes in the World Cup. Physical and mental work. Only with that is Odermatt able to correct mistakes on the runs and from them come to the correct conclusions. Only with that is it possible that Marco Odermatt is just “Odi” when off the piste. Because along with all songs of praise even an extremely talented ski racer such as Marco Odermatt is not a machine. And the fact that he knows this and knows how to accept it realistically is yet another of his diverse strengths.

Stöckli has been outfitting Marco Odermatt for 14 years. Over this time, a lot has developed: For one, a mutual trust as part of a partnership characterized by professionalism and a down-to-earth character. Marco Odermatt does not see his achievements as a given. And neither does Stöckli. This common ground means the athlete and the ski brand will be able to look back on a stupendous winter at the end of the week. And then? The work goes on without let-up. Because next winter should also bring all of us some joy.