Daniel Bohnacker and Fanny Smith each nailed a World Cup win in Ski Cross in Idre Fjall. With Marco Odermatt and Jasmine Flury, a Stöckli duo is back in competition mode. 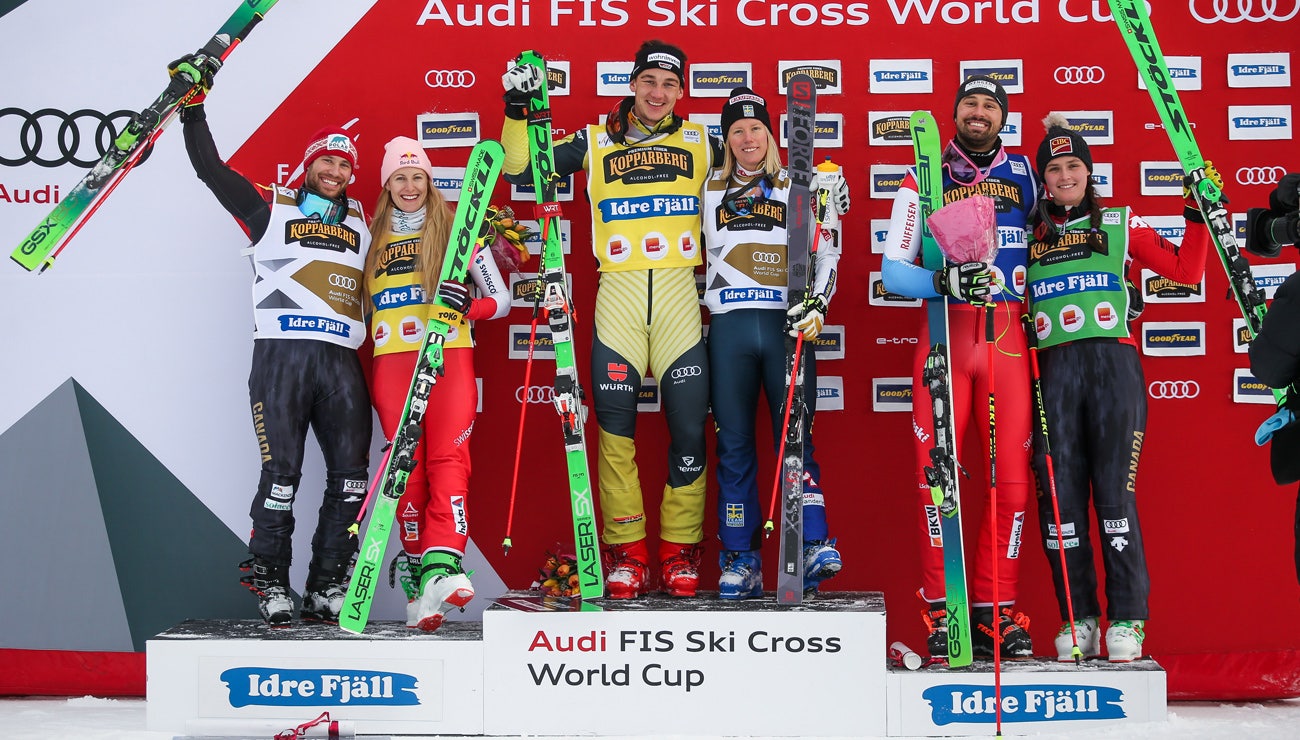 What an anniversary. For her 100th race, Ski Cross athlete Fanny Smith in Idre Fjall (SWE) celebrated her 22nd win, and her third of the current season. And just 24 hours later she also secured a second place in her next race. With that, the athlete from Vaud canton once again proved her fantastic shape. “Unbelievable, my hundredth start and then also a win. And that too in this difficult and long race. I’m very satisfied,” said Smith. Other top places among women in Sweden were taken by Marielle Thompson (4th and 3rd) as well as Sami Kennedy-Sim (6th and 7th).

And 29-year-old Daniel Bohnacker was also able to celebrate a special achievement. The German athlete had to wait nine years for his second win in a World Cup – and that became a reality in Sweden. “I am over-the-top with happiness. It was a tough race, and I hadn’t counted on a win.” On the previous day, Bohnacker was not able to quality for the big final, but instead got into the small final and took fifth.

Out of the Alpine arena, there was also good news to report. With Marco Odermatt and Jasmine Flury, a Stöckli duo returned to the World Cup after injuries.”Bankso challenged me a bit over its four days,” said Jasmine Flury. She took on her first World Cup race of the winter on the rough piste in Bulgaria after overcoming a knee injury. “I was imagining my comeback would be slightly easier, but nevertheless I’m satisfied with my approach and am just happy to be able to be back racing.” Flury gained World Cup points after securing 20th place in the second downhill and 22nd place in the Super G. In the first downhill on Friday, the skier from the Bündner area abandoned the race in Bulgaria.

In Bansko, Viktoria Rebensburg didn’t hit on all cylinders. The German was not satisfied with 18th and 16th in the downhills and 12th in the Super G. “I just have to check it off, recover, and take care that I’m fit next weekend,” she said.

The fact that Marco Odermatt was already able to return to World Cup action after his meniscus injury, let alone in Kitzbühel, provided for huge media interest. The skier from Nidwalden however just did “his thing” and skied to 13th place in the Super G on the Streif. “I am extremely satisfied. It was cool to be able to stand at the starting line,” said Odermatt. He said he felt good, even if perhaps deep inside he still harbored a little insecurity that came along for the run. “A month ago I would have skied one place or another perhaps a little bolder,” noted Odermatt.