Two medals in Nakiska, two returning athletes back on snow, and - unfortunately - one DNF as a result of injury. This third weekend in January was marked by highs and lows. 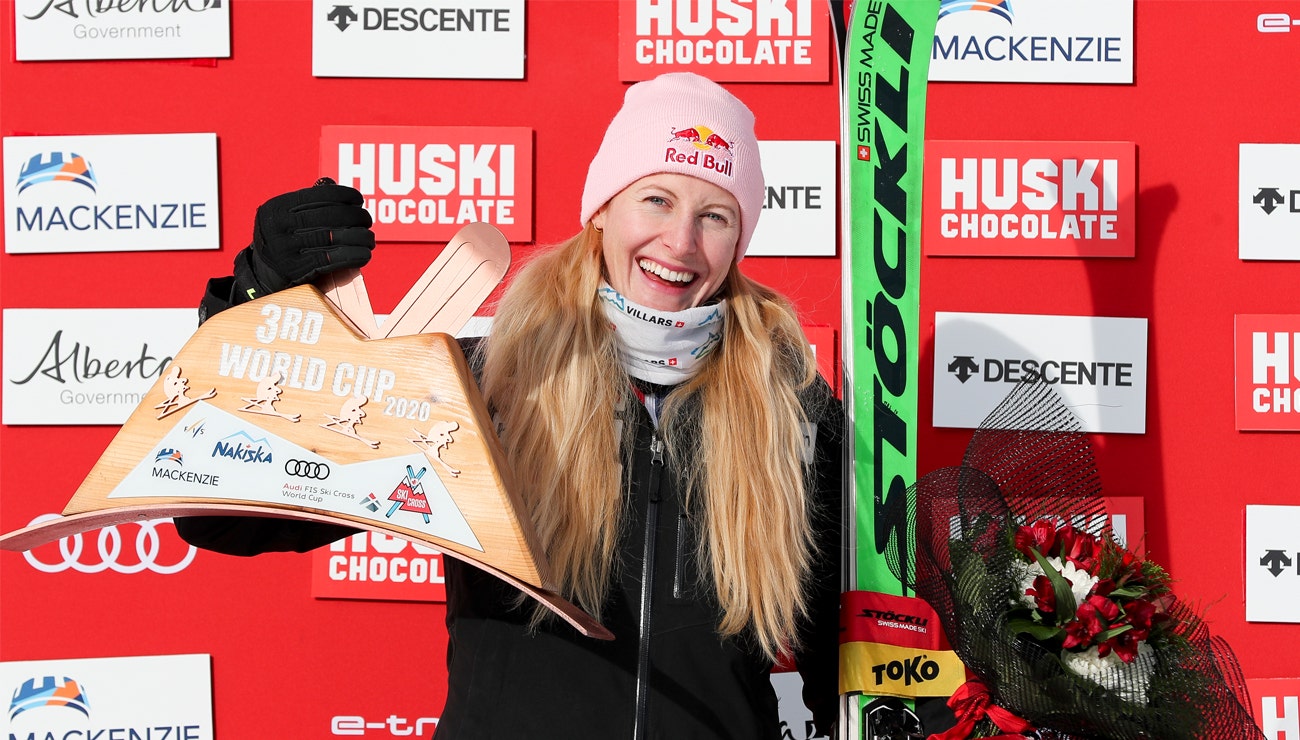 Ski cross racers returned to World Cup action in Nakiska (CAN) this weekend. In the first race of 2020, Daniel Bohnacker (GER) and Fanny Smith (SUI) brought home the first medals of the year for Stöckli. Fanny Smith put in a great performance and  seemed to be on course for her 22nd World Cup victory. She won her quarter final heat and triumphed in the semi final, beating amongst others her teammate Marielle Thompson. In the final, Smith tucked in behind Sandra Naeslund at the start, only to be overtaken by the Canadian Brittany Phelan. Smith - a native of Waadtland, Switzerland - stayed with the two leaders, but was unable to pass them. In the runners-up final, Marielle Thompson finished strongly to secure the overall fifth place.

In the men’s event, Daniel Bohnacker from Germany shrugged off the bitter cold in Nakiska to cruise through to the final, but was beaten by Reece Howden and Kevin Drury of Canada. Tobias Müller (GER) took seventh place in the runners-up final.

Marco Odermatt and Jasmine Flury are back. The two downhill racers have resumed training following their knee injuries, and are aiming to return to World Cup races soon. “The chance that I will be able to take part in the Super G in Kitzbühel is roughly fifty-fifty” said Odermatt, whose knee appears to be coping well with the stress of training following meniscus surgery. Jasmine Flury, who suffered a pulled ligament in her right knee and a contusion of her shin, is also sounding positive after the first few days back on skis in Davos and in the San Pellegrino Pass. “The last three days went pretty well. I started by training for the Giant Slalom and the Super-G on easy terrain in good snow conditions, so I could build my confidence. On the Friday of the last week I was able to participate in downhill training, which felt really good. I will take part in downhill training in Bansko, then decide if I am fit enough to race”, said the 26 year old Swiss.

On the weekend, Viktoria Rebensburg, Andrea Ellenberger and Aline Danioth were in action in Sestriere, while Martin Cater raced in Wengen. After the first heat of the World Cup giant slalom, Rebensburg was in third place and had a reasonable chance of securing her first podium finish of the 2019/20 season in this event. In the end, she came away with nothing, and the 2010 olympic winner is clear as to why: “I simply didn’t push hard enough. In a giant slalom where the top competitors are so close together, you can’t allow that to happen”, she said.  In the second heat, Andrea Ellenberger was able to make up three places to take 21st. In contrast, Sunday’s parallel giant slalom was a disappointment. After Aline Danioth scored a surprise result by eliminating Petra Vlhova in the first heat, the racer from the Canton Urn crashed in the round of 16. According to reports, as yet unconfirmed by Swiss Ski, Aline Danioth sustained a knee injury in the accident. She was flown back to Switzerland by helicopter on Sunday. We wish Aline all the best. Get well soon!

Martin Cater of Slovenia, who has always enjoyed good results in Wengen in the past, left the Bernese Oberland with mixed feelings. The 27 year old started the weekend in sixth place, his best performance of the season. However, in Saturday’s event, he placed 34th, and thus scored no points.