On Saturday, World Champion Marielle Thompson brought home another World Cup victory for Stöckli. The Canadian won the Ski Cross event in Megeve (FRA), turning the competition for second place in the overall rankings into a Stöckli duel. 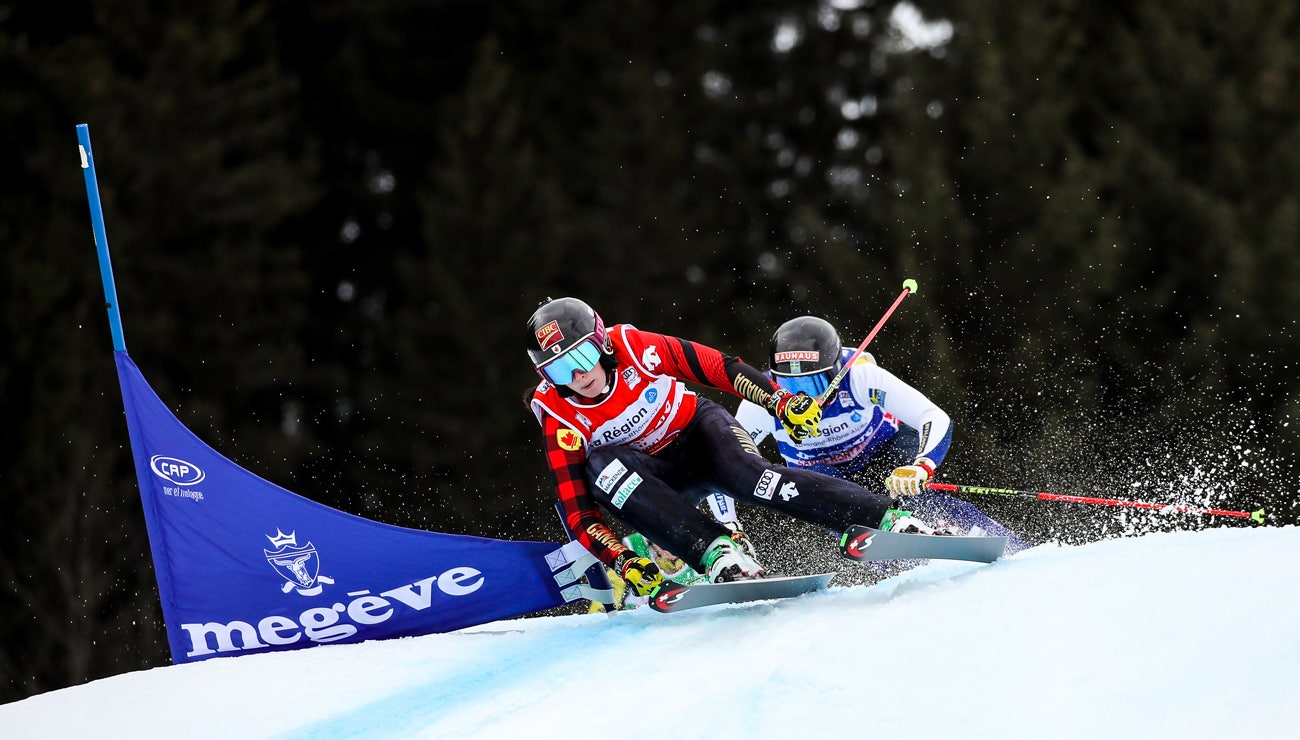 She is the 2014 Olympic Champion, and in 2019 she claimed the World Cup title as her own. Now Marielle Thompson has made sure that the stage victories in the World Cup season 2019/20 are evenly divided up. The Canadian skier won the Ski Cross event in Megeve (FRA), giving her - like her teammate Fanny Smith and the current championship leader Sandra Naeslund (SWE) - three victories each. The 27 year old Stöckli athlete finished first in Saturday’s final ahead of Naeslund, Alexandra Edebo (SWE) and Marielle Berger Sabbatel (FRA), leaving her breathing down the neck of Fanny Smith in the competition for second place in the World Cup rankings with two races to go. Smith won the runner’s up final on Saturday. By contrast in the men’s event, none of the Stöckli skiers made the finals.

All eyes were on the sky on the weekend in the Women’s Downhill in Sochi, and in the Men’s Downhill in Garmisch-Partenkirchen: constant precipitation, sometimes in the form of rain, sometimes as snow threatened and in the end cancelled events. Heavy snowfall meant that the women had to wait until Sunday in Sochi - site of the 2014 Winter Olympics - until they could compete in the Super G. Once again, Viktoria Rebensburg of Germany was the fastest Stöckli skier. She finished in eighth place, but was only moderately satisfied with the result. “I think I skied well overall, but the mistake I made really cost me - I could have done better” said the 30-year old. In the mid part of the course, she ran wide in a left turn and lost speed and time immediately before going into a flatter section. Jasmine Flury (16th) and Ilka Stuhec (24th) both finished in the top 30.

In Garmisch-Partenkirchen, the men were able to compete in the Downhill and Giant Slalom. In the faster of these two events, Stöckli skier Martin Cater (SLO) came away without any points. In the Giant Slalom, Marco Odermatt struggled with the crazy condition of the snow. The event organizers attempted to create a skiable surface despite the warm temperatures and precipitation by using salt and water. The results they achieved were inconsistent, which made for a difficult race. The surface was uneven, the visibility poor, and Odermatt said that the turn through each gate had to be taken differently. Odermatt was able to improve in the second heat from 22nd to 15th place.