At the World Cup opener for ski cross athletes the Stöckli team came off in top form. A podium sweep on the second day and three podium finishes on the first day turned the start of the World Cup winter into a huge success. 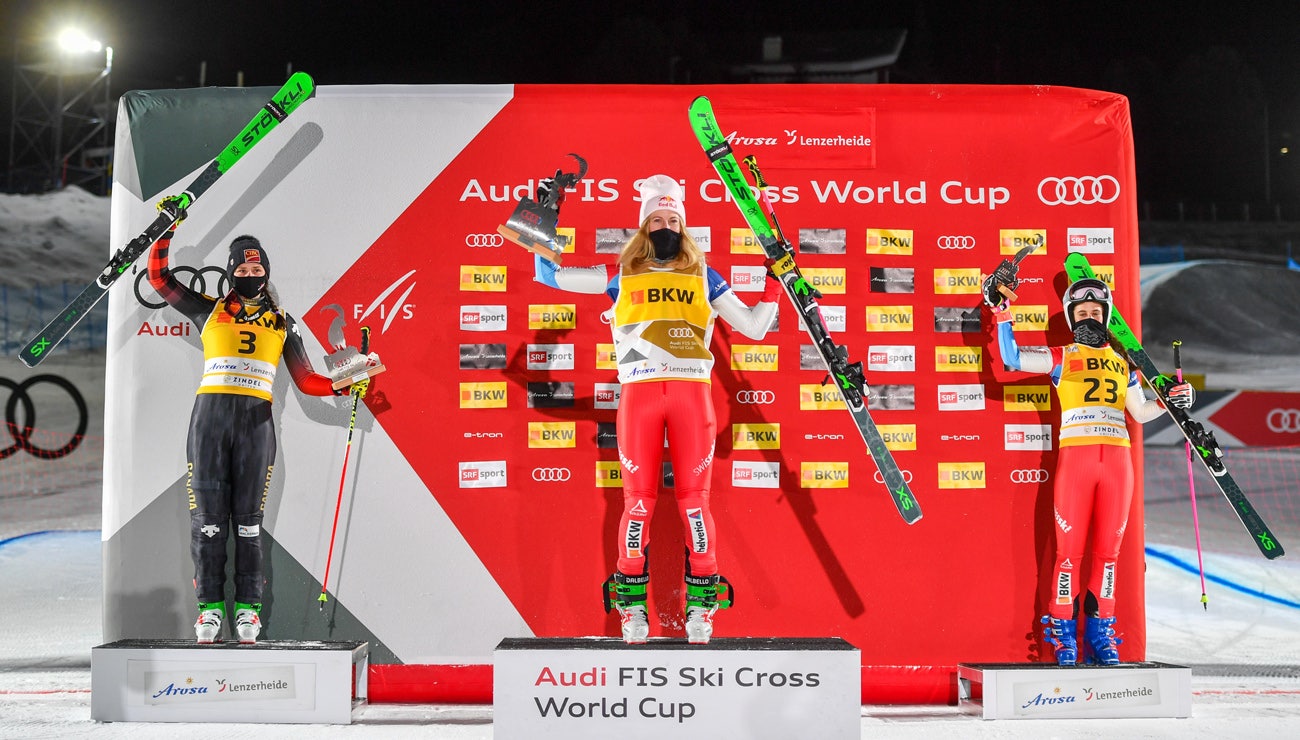 The World Cup winter for ski cross athletes was launched in Arosa, Switzerland, on Tuesday and Wednesday. There, the Stöckli Team took on a distinctive, nearly dominating presence: At three of four medal ceremonies, the green-black work tools from Malters were held high in the air – in part several at once.

The highlight of both racing days was of course the women’s race on Wednesday: Fanny Smith (SUI) prevailed over Marielle Thompson (CAN) and Talina Gantenbein (SUI) – a flawless Stöckli podium sweep. ”That was a Swiss sandwich,” 24-time World Cup champion Smith said, referring to the women’s double Swiss victories, the first since February 2019. Gantenbein and Smith had already grabbed 1st and 2nd places in the semis to advanace to the finals – a first for Gantenbein from the Bündner area. In the decision round, a third Stöckli skier – experienced Canadian athlete Marielle Thompson – pushed herself right between the two, turning herself into the filling between the two Swiss sandwich slices.  On Tuesday, Fanny Smith (2nd) and Sami Kennedy-Sim (3rd/AUS) were already standing on the podium as two athletes with Stöckli skis. That means that 5 of 6 possible podium places among women – or 83.33 percent – went to athletes who were out on the course with the Swiss ski.

The man couldn’t quite keep up with this phenomenal ratio of success. Still, on the first day, the two experienced  Swiss athletes, Alex Fiva (34) and Jonas Lenherr (31), along with countrymen Joos Berry and David Mobaerg, had quite a battle with the eventual Swedish winner in the sprint final. In the process, Berry and Fiva got in each other’s way, allowing the Swede to ski away from them. Fiva managed a second for the third time in a row at home races; in the end, Lenherr took fourth place.

“What a superb start this was for us,” Stöckli head of racing, Beni Matti said. “Our gear performed well, and the athletes showed that they are in top shape. I can’t wait to see what great things this season holds for us.” 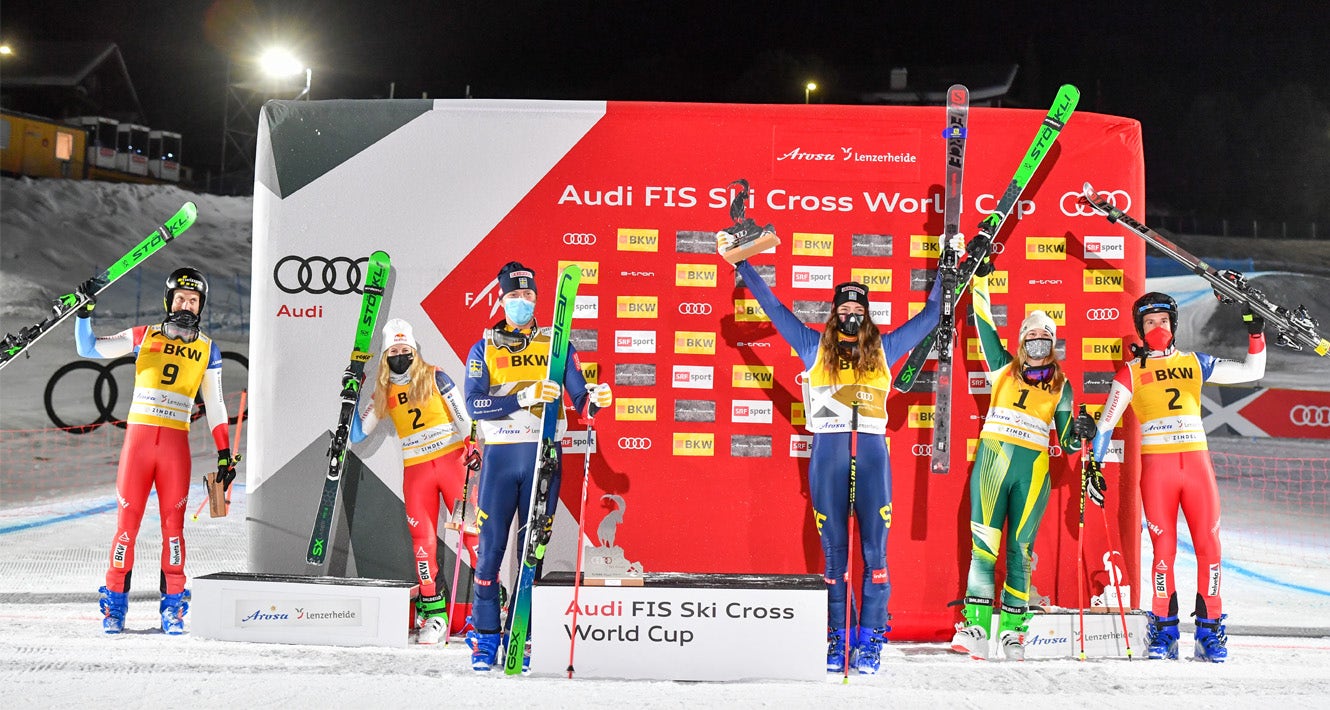