The first North American weekend of the World Cup is now in the record books. For Marco Odermatt, the excursion to Canada (Lake Louise) was a success; for Viktoria Rebensburg in Killington, it was satisfactory. 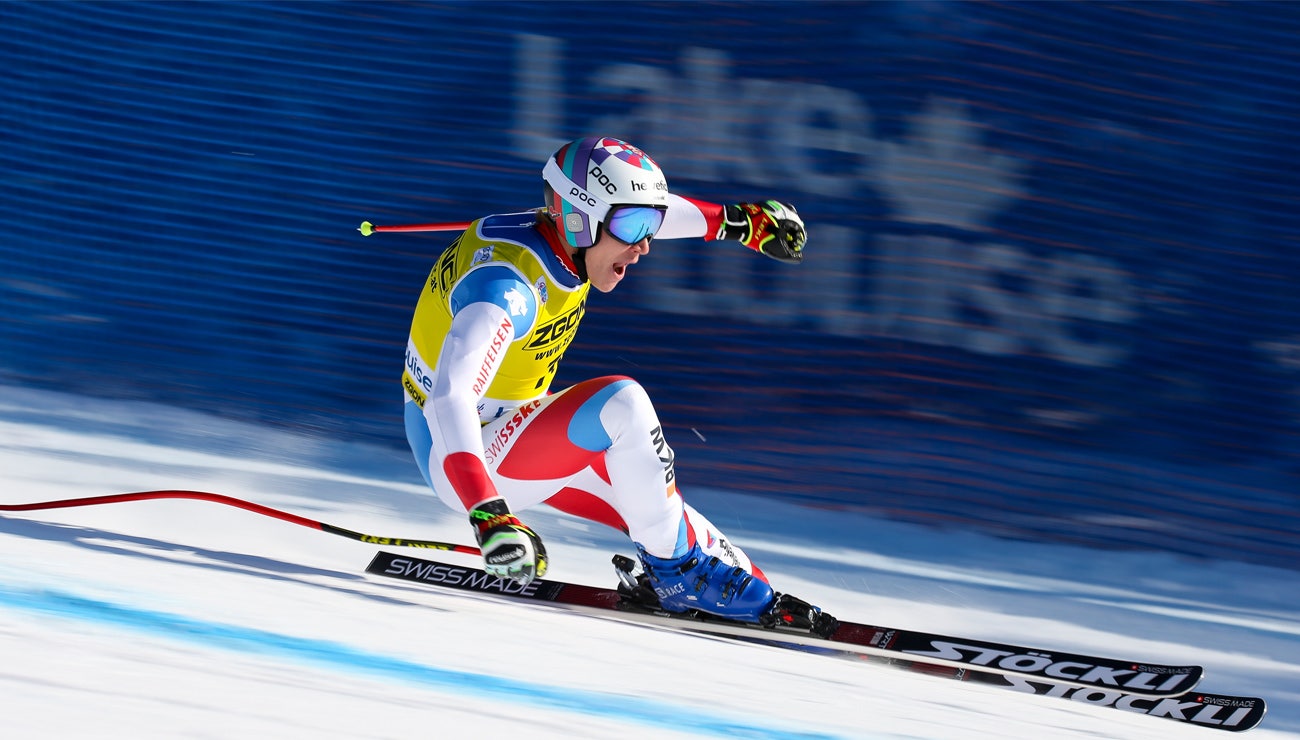 The speed racers were at the wheel in Canada’s Lake Louise. With Marco Odermatt (SUI), Nils Mani (SUI), Dustin Cook (CAN), Martin Cater (SLO) and Tilen Debelak (SLO, a Stöckli quintet was at work. Placing 7th in the Super G and 17th in the downhill, Odermatt can be very satisfied with the trip to Banff National Park.

After the Super G, where Odermatt ruined his racing suit shortly before the finish line and lost a protector, the skier from Hergiswil, Switzerland, noted he was testing new protection gear. The protector slipped and an edge sliced off the upper arm of his racing suit. With the typical Odermatt grin on his face, he said in an interview with Swiss TV: “Minus one protector, and a blue arm in the process. Nevertheless, it was a very good race. The run was a bit shaky here and there, and I didn’t know if it was really fast or not. But at the finish line I was quite pleased.” For the other Stöckli skiers, points in the Lake Louise Super G were not to be had: Martin Cater  (37th), Dustin Cook (50th) and Tilen Debelak (54th) lost too much time. Nils Mani just started on Saturday in the downhill.

And in this race, Odermatt provided some excitement after his barnstorming run and his fourth place in final training. Pretty rare is it that for a downhill the journalists at the finish line and at TV stations hold their broadcast until start number 62 takes a run. That’s what happened on Saturday. And the skier from central Switzerland didn’t disappoint. Despite training, a top 10 placement wasn’t expected of him, although perhaps a top 20. And Odermatt fulfilled expectations with his 17th place finish – which meant his best downhill finish if you consider only 25 starters at the World Cup final in Are (2018) where he took 12th. In addition to the young Swiss skier who lost 1.57 seconds to winner Thomas Dressen (GER), Martin Cater (26th) also racked up some points. Nils Mani on the other hand went home empty-handed, and Dustin Cook was not able to qualify for the race.

Killington (USA) left a bit of a sour taste in the mouths of three women Stöckli skiers – Viktoria Rebensburg (GER), Andrea Ellenberger (SUI) and Aline Danioth (SUI). Rebensburg, silver medalist in the Are World Championships, had her sights set on her 35th podium finish in her specialty discipline giant slalom. An ambitious goal, after starting the winter season with a 13th-place finish at Sölden which was just modest. A win in Killington is something Rebensburg knows all about since 2017. Two years later though she was 0.98 seconds away from the top podium spot after the total of both runs, and 69 hundredths of a second off 3rd. After she was just 16 hundredths of a second back from 3rd place on Saturday at half-time, the 2010 Olympic champion missed the jump ahead with a not-quite optimal run in the second heat. Nevertheless, said Rebensburg after the race, this was still a step up compared to the opener in Sölden. “I will be working on myself some more, and I am now looking forward to the speed races at Lake Louise,” said the German racer.

While Aline Danioth was not able to qualify for the second run in the giant slalom, Andrea Ellenberger was able to put up a fight for World Cup points. Although she wasn’t all too pleased with her handling that she herself classified as too cautious – in particular in the first run – the 26-year-old from Hergiswil, Switzerland, could still book a few points with a 25th place in the race. “I was not able to show my best skiing. The next thing on the schedule are a few training days. I will be working on accepting skiing mistakes while still being able to fully open the throttle,” said Ellenberger.

In the slalom on Sunday Aline Danioth locked down some points for the second down after Levi (18th). The skier from Uri ranked 20th and knew that a lot more would still be possible. As 23rd, she attacked the critical run. But Danioth never really found her gear and seemed a little too cautious on the icy base. She was still able to more forward some in the rankings due to a few competitors dropping – among those Wendy Holdener. 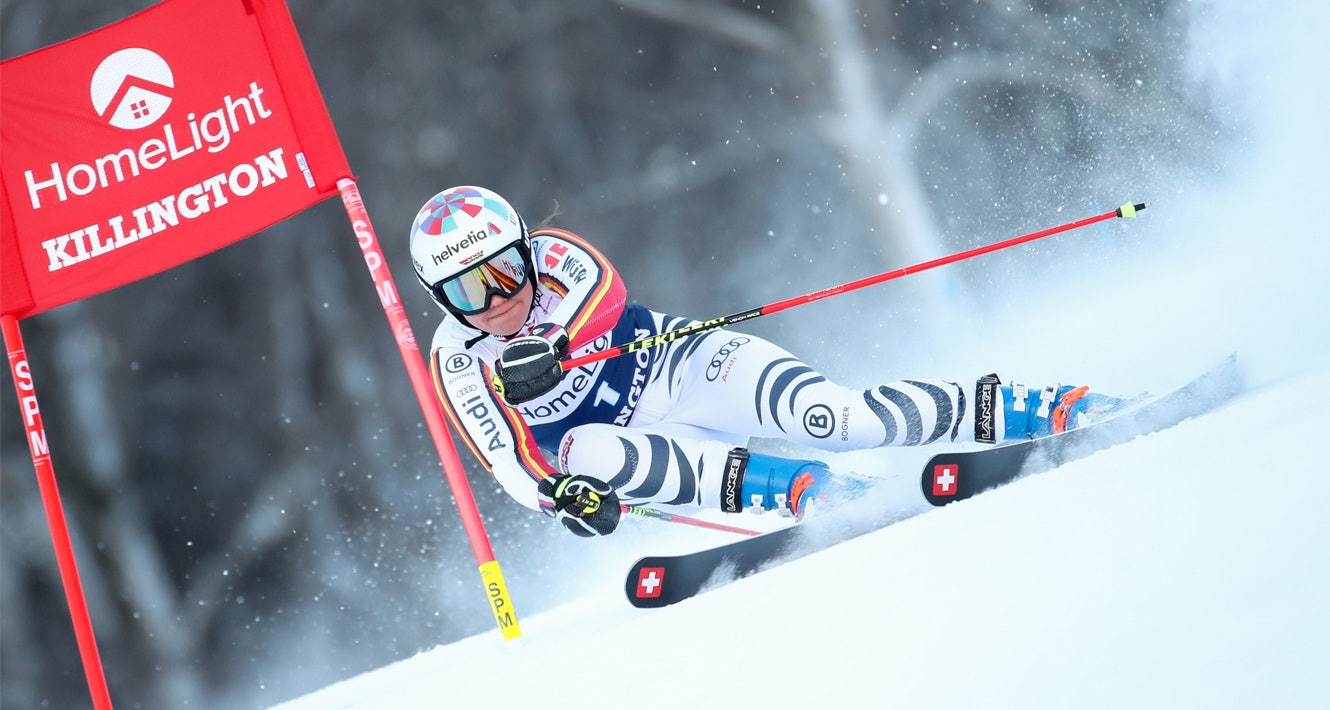