WITHOUT HER OUR SKIS WOULDN’T HAVE COLOR

It was all a colorful frenzy: Blue, red, green, yellow, white, black, orange. Colors everywhere. Colors wherever you looked. Even on the walls, on the floor, and on clothes. That wasn’t all. Innumerable topsheets were everywhere. Topsheets from skis with all their various designs. In part, complete; in part, lacking a few colors. In part, not printed at all. Day after day, this is where innumerable ski models get their colors. At peak times, perhaps 1,500 pairs a week. Responsible for it all is Tamara, division manager for silk screening. 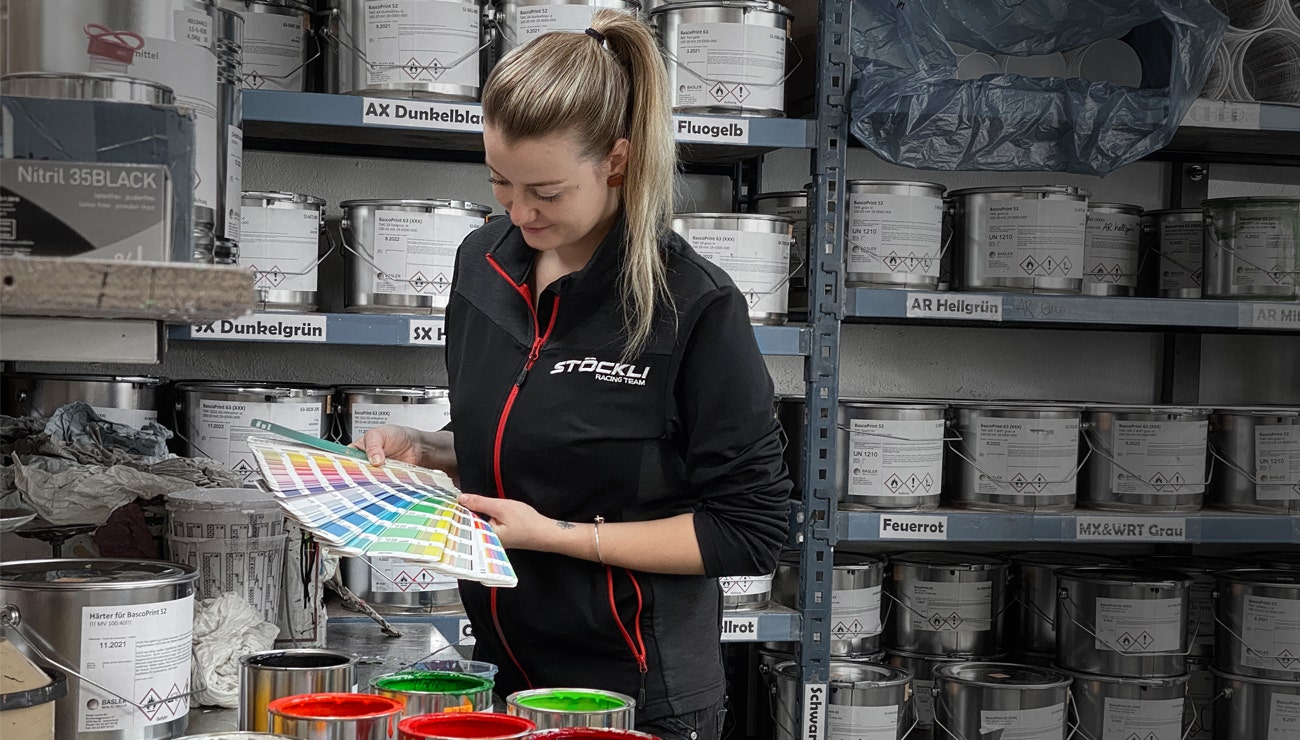 There are of course endless numbers of different colors. You can see this from the moment you glance at all the different color charts and fans Tamara has lying all over the table. Blue isn’t for example just simply blue. One is more like violet, the other a bit green-ish. And yet another is so dark that it nearly looks black. There are sometimes such minute differences between the individual swatches, and yet when it comes to skis, design so critical. Because not every color looks good on a ski, let alone one in the snow. And not every color can be printed on a ski.

And that’s where Tamara comes in. “One of my duties is to make color and design ideas suitable for printing. That means the right color for a ski must sometimes first be discovered. I mix and match, test and try out until I finally find the suitable colors that coordinate with each other the best and come as close to the design idea as possible.”

Making design ideas suitable for printing? That means too of course working on the topsheets for future skis? “Yes, precisely. Often here in silk screening we are already working on the designs for ski models that are going to be on the market two years later. Then it means testing, trying and developing different variations. At the same time, printing current ski designs and then those that will be at retail in the next year. We always have three entire collections here in silk screening,so to speak, and are already thinking on the fourth.” 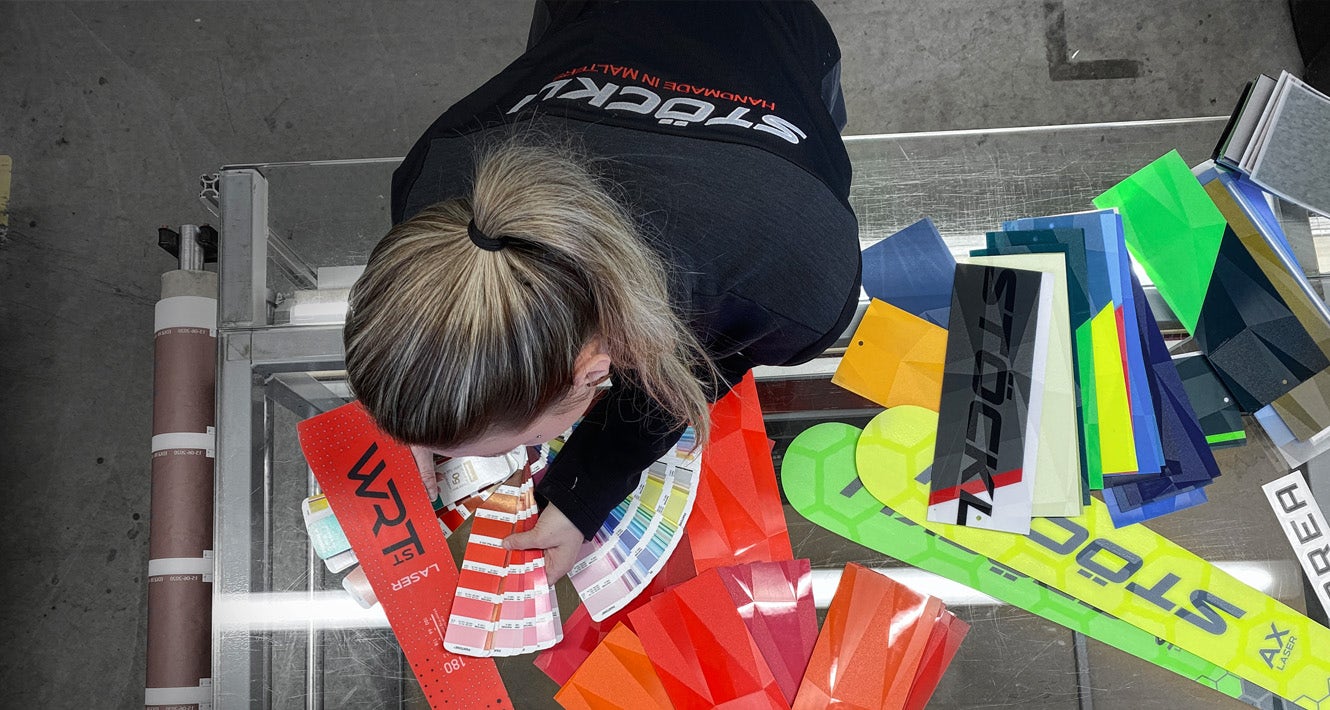 That demands time. Because silk screening means that per color there is always only one screen. If a ski has five colors – which it often has – then five different screens are necessary. “When it comes to a screen, imagine something like a stencil. This is laid on the topsheet, so the color only is transferred to certain places on the topsheet in the process. Then the colors have to dry until the next color can be laid down. “24 hours per color,” Tamara says. Meaning for a topsheet with five colors it can take a total of five days until the topsheet is totally done with printing.

A long time! “Yes,” Tamara says. She adds, “Actually it really takes much longer if you consider the entire development process of a design. Because that too demands time and creativity. And often during the development process you have 1,000 ideas – but only one can in the end become reality. Testing, trying, and then with our designer colors, thinking it through, tinkering a bit, and I offer my advice. Giving skis a little nuance. That’s what I like to do. I like that part. Not only that. You are also pretty proud when a ski model is at retail for which you worked out yourself a color or design element.”

Indeed, the work by Tamara als division manager for silk screening includes much more than just “trying out and testing.” Human resources planning, employee meetings, purchasing colors, creating and cleaning screens, printing topsheets, coordination and partnership with graphics, and sometimes just a few other tasks that she also has to take care. Being creative and nevertheless keeping an eye on the production schedule. Tamara is an artist and organizer all at the same time. No easy task. Because creativity assumes time and production volume, too. A bit of a catch-22.

But Tamara says, “Somehow, it always works out. I have a fantastic team. We all support each other. Everybody is ready to help the other. Not a single one is a lone wolf. And I think that helps enormously.” Why does this work out so well? “I think that a manager has a lot of influence on how a team operates and whether collaboration works well. However you are yourself is how a team will be. I treat every one precisely as I would like to be treated. I believe that is essential.”

Listening to Tamara as she talks about her work and her team, you notice that she is quite at ease. She’s found her niche. When she talks about colors, designs and patterns, she just beams. Indeed you notice that colors are really her thing. Her passion. “Colors have always been a part of my life. I have been lending skis their color now at Stöckli for six years. I have been painting just for me my entire life. Hard to believe, then, that my entire home is totally white, right?” She grins, sits down at her desk and opens a color fan.