Marco Odermatt beams – and a few others shine, too.

Thanks to Marco Odermatt, Stöckli can thrill over the largest success to date in men’s ski racing. But aside from the big spotlight cast on Odermatt, a few of our other athletes were also able to add some bright spots. 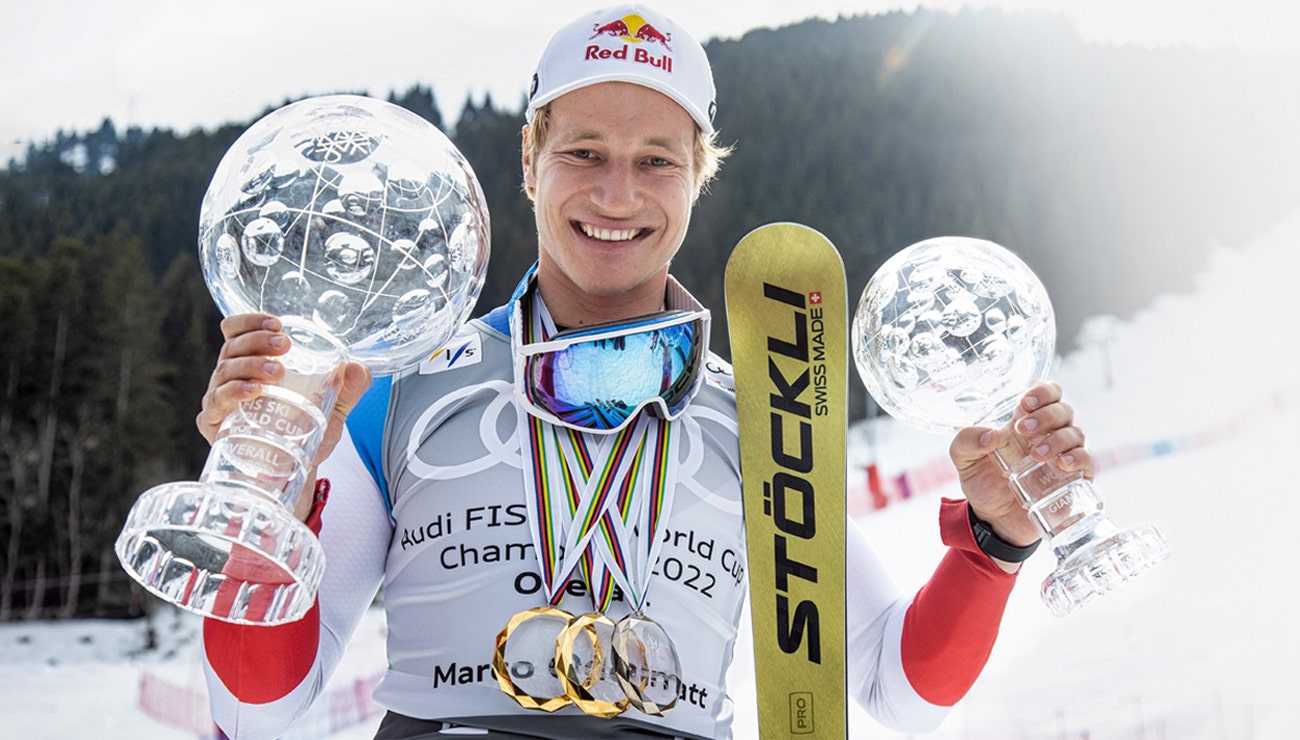 Between the World Cup opener in Sölden (AUT) and the awarding of the large crystal globe in Meribel (FRA) were 147 days. Difficult days, successful days, golden days. Long before he even received the big title in Palmares, he was named in December as “Athlete of the Year” for 2021. This is recognition for a person, the amiable Marco Odermatt, who with his down-to-earth nature and regional Nidwalden dialect, had won over the hearts of sports fans – and continues to win them. The athletic achievements in 2021 and those in the prior years laid the cornerstones, combined with those after the first of the year. In the case of Odermatt, that all appeared and sounded easygoing and light afoot. But even in the case of a instinct skier who goes by feel like he is, it is ultimately still only possible with a lot of hard work and perfect equipment.

It had already been a strong winter for the 24-year-old before his big victory in Adelboden – an achievement that he had dreamed of as a child: four wins and two additional podium finishes in 11 races. But the successes didn’t stop there. In 14 World Cup races came three additional wins and another seven podium finishes. In between to round it all out, came the Olympic Gold Medal in Beijing. At the end of the long road came the small crystal globe in the giant slalom and the large crystal globe as the best ski racer of the winter. It was the first time that a Stöckli athlete won this designation and thus an entire company – and every single employee – could be so proud.

Marco Odermatt and his achievements shine and just keep shining. But that is by far not the only Stöckli athlete who can look back with joy and satisfaction on the 2021-22 winter season. Here, a short list:

There is for example Aline Danioth. After her long injury layoff, the skier from Uri returned in a way that could never have been expected. In the World Cup, she jumped straight to winning points, and in the Europa Cup she dominated the slalom. She also was on the Olympic team and started at the games. At the end of the season, she had won four Europa Cup races; in two other EC races she scored podium finishes, topping the discipline standings – all that although she missed the first four of a total of 10 slalom races.

Vivianne Härri, too, wins praise. The 22-year-old giant slalom specialist from the Obwalden Canton in Switzerland gained traction in the World Cup with three top-30 finishes. She also won a starting position in the 2022-23 World Cup season thanks to huge consistency and performance after mid-December in the Europa Cup. Also winning a World Cup spot at the end of the winter was Alexis Monney. The skier from Freiburg who was 2020 junior downhill champion gained a high placement with four starts, including the famed Streif run in Kitzbühel. As 26th in the downhill in Kvitfjell, she racked up her first World Cup points. Noemie Kolly, 23, won World Cup points eight times, in fact, in 2021-22.

Not to be forgotten are Andrea Ellenberger and Delphine Darbellay in the team event at the season finale in Courchevel and the stupendous conclusion they put in. The two Stöckli skiers made up 50 percent of that team and – for some quite surprisingly – were able to prevail over the higher-ranked Austrians. A real satisfaction for Ellenberger from central Switzerland after not being nominated for the Olympic giant slalom in the winter, which was a huge disappointment for the 28-year-old. On the other hand, Darbelley, who was able to win a team bronze medal at the Junior World Championships in Panorama (CAN), ended the season with this team achievement with an exclamation point of the highest degree. For the 19-year-old from Valais, it was her first appearance in the World Cup ever. And to celebrate that with a win will remain unforgettable for her.

In sum: The 2021-22 Olympic winter season was a lot of fun and has sparked a lot of anticipation for the World Championships season in 2022-23. 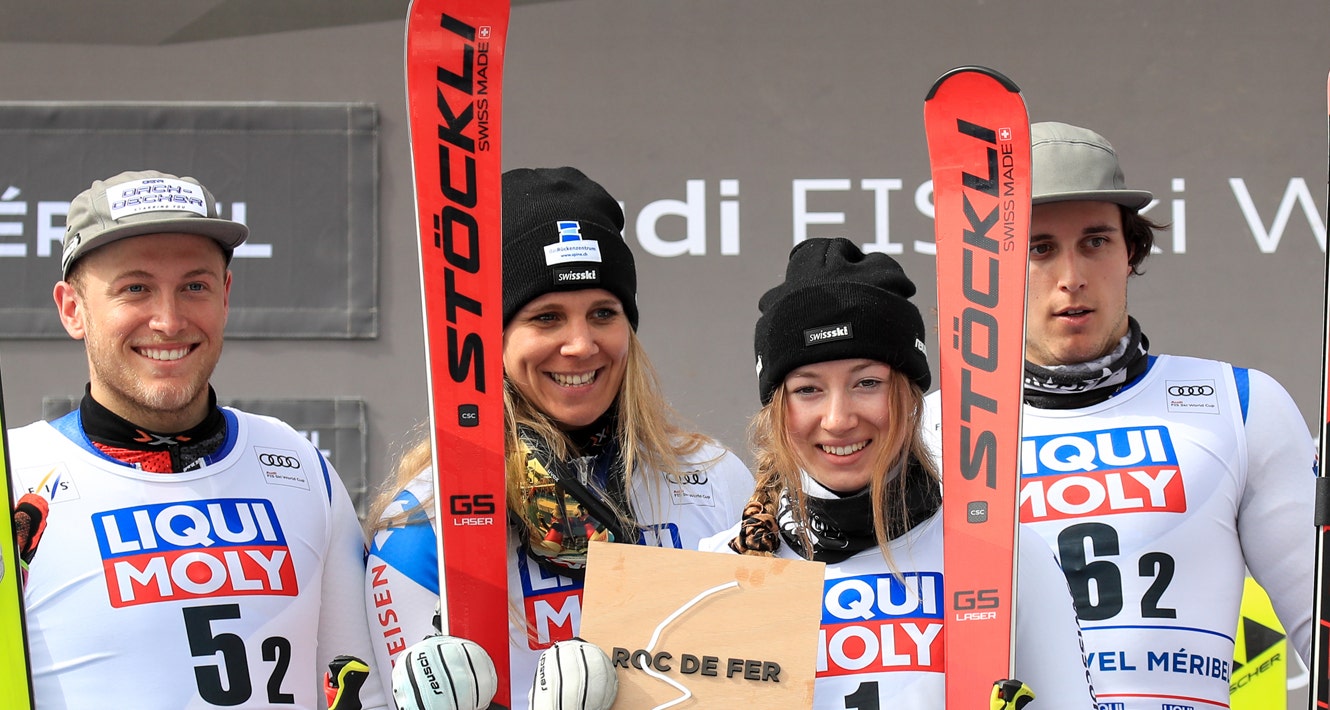 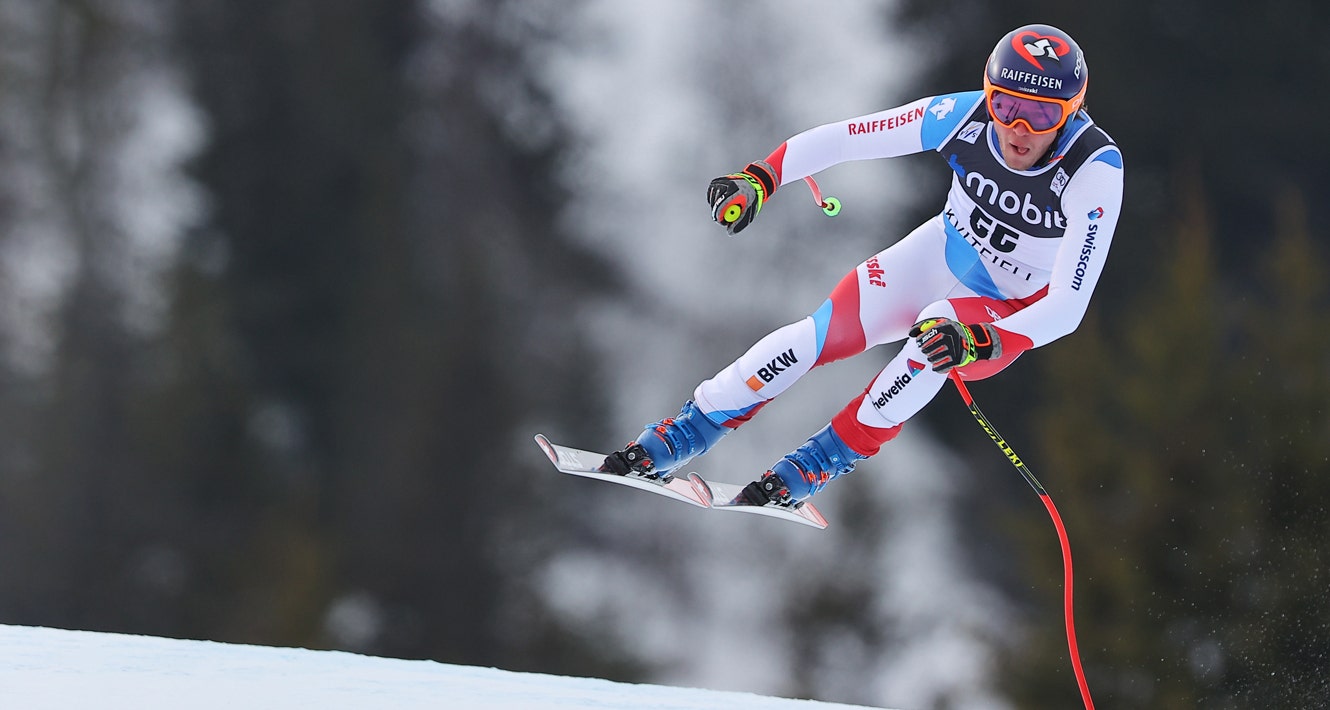