A HINT OF RASCAL AND A WHOLE LOT OF GRATITUDE

He’s being heaped with praise from all sides at the moment, superlative after superlative. This season, Marco Odermatt is bathing in the limelight. It’s no wonder, with such successes. He’s seen as down-to-earth and amenable, by fans as much as by his competitors. What about Stöckli – how do they see Marco? Well, basically not much different. Because if Marco is anything, it’s authentic! 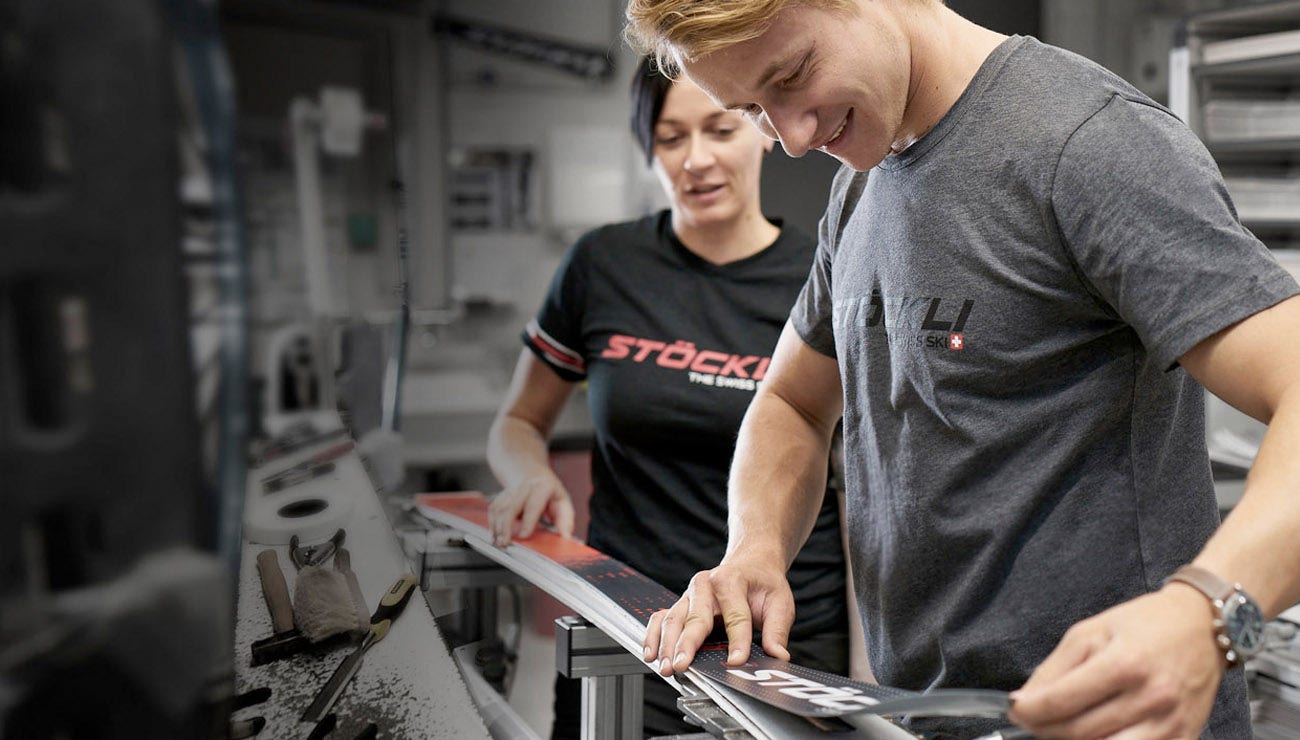 Beni Matti, racing director at Stöckli, wants to make something clear right from the start. “Marco’s a phenomenon in his own right.” Although, we’re not just talking about his skiing prowess, but also the playful way in which he always deals with the pressure is remarkable. Even with all the hype from the media and the fans. Even the most varied piste conditions don’t seem to faze him. He’s just a cool dude. “That was already a great strength of Marco’s at a young age,” Beni recalls.

Marco has been supported by Stöckli since he was 10 years old. Of course, no-one could have foreseen that his career would take off so quickly. Then again, you could have surmised it. “Marco has never stood still in his development and has made steady progress from year to year, both in skiing technique and as a person.” If he wasn’t already on everyone’s radar before, it was certainly the case after his five titles at the Junior World Championships in Davos.

When things move forward fast, that also means you have to learn fast. Marco is very decisive and hardly ever gets bogged down in trivialities. That helps the whole team, of course. “And Marco is a bit of a rascal.” Which doesn’t tie in at all with his career aspirations as a child, because he wanted to be Father Christmas. Nevertheless, Beni Matti is mainly referring to the ski slopes. “Sometimes Marco skis a line that’s actually impossible,” he explains. “But when he pulls it off, it’s extremely fast, of course.” Always attempting something, always trying out new variations, that’s Marco Odermatt. Yet, even off the slopes, there’s no denying a hint of rascal. No question, it’s right to celebrate a win properly. “Maybe not every win individually this season, otherwise he would hardly get around to skiing anymore,” says Beni Matti with a laugh. A joke with the service man here, a little prank among teammates there – there’s never a dull moment when Marco’s around.

Modest as he is, Marco says he’s not really good at anything except a bit of skiing. This likeable and down-to-earth manner also goes down well at Stöckli. They’re also excited at his success and filled with pride. However, Marco also values the partnership and is extremely grateful. “Odi finds it important to always make time for the service people and supervisors to chat about all kinds of things,” says Ivo Zihlmann, service man and ski tester at Stöckli. They don’t just talk about skiing. Moreover, Marco also shows his gratitude to the entire company. The best example of this: after the last season, Marco surprised the staff in production and at the head office with croissants for their morning snack. That was a special occasion for the entire workforce. There’s no doubt they’re already looking forward to his next visit...