The second win this season for Stöckli is on the books. Martin Cater wins the World Cup downhill in Val d’Isère, writing another chapter in the success story of Slovenian athletes out on Stöckli skis. 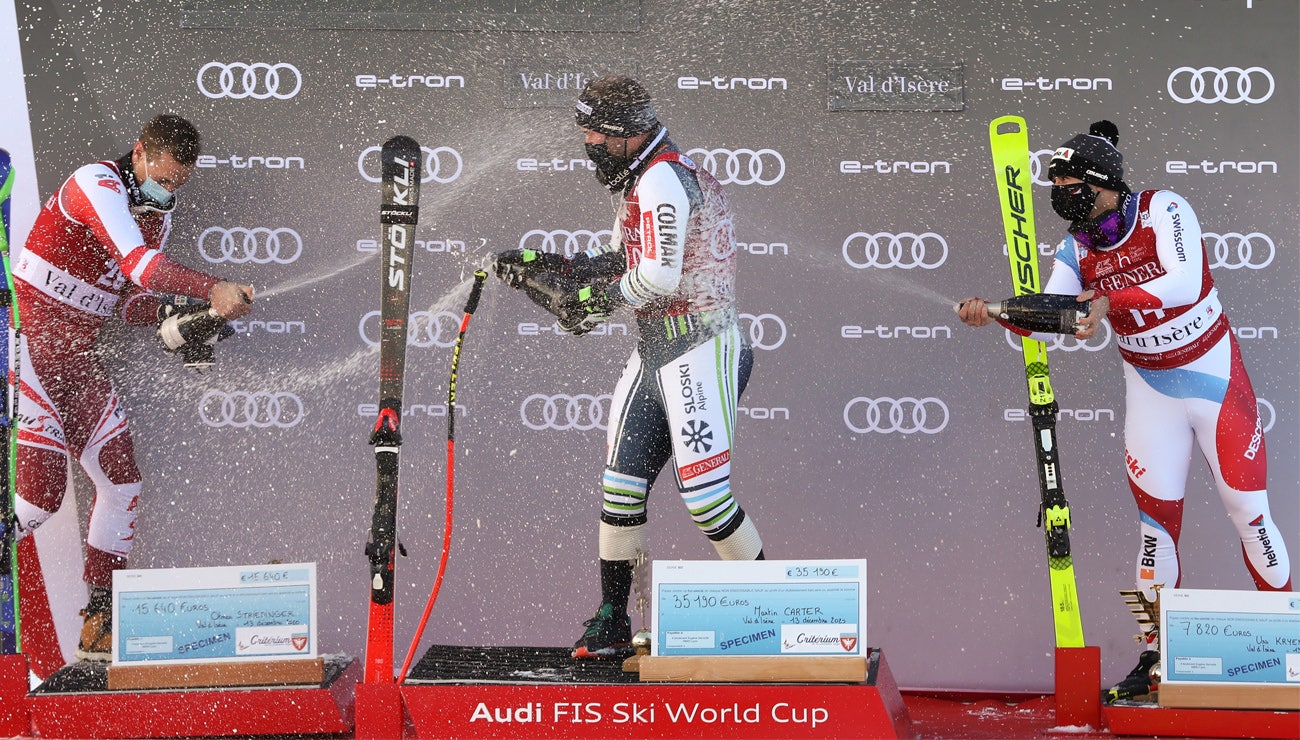 The combination of Stöckli skis, downhill races, and Slovenian athletes simply is a great formula. After Tina Maza, Andrej Jerman, Bostjan Kline and Ilka Stuhec each contributed at least one World Cup victory in this above-mentioned combination, another chapter is now being written. Martin Cater, who celebrate his 28th birthday on Dec. 20, has already given himself a great gift. Heading into the race with start number 41, Cater surprised the competition – and himself, as well as many TV stations that were no longer even on the air. With a time of 2:04.67, he rose to the top of the rankings for the downhill in Val d’Isère, racking up his first World Cup win.

“I knew it was a good run, but a win to boot? Perhaps I will believe it when I get back to the hotel,” said the Slovenian at the finish line of Val d‘Isère. He had hoped that he wouldn’t have lost too much time to the top skiers because he had been able to hold his own with the fastest racers in the long sweeping turns and had held that pace to the finish, Cater noted for the record. “Until now, I haven’t been able to show what I can do in a race, but today it worked out.” Cater, who became a father to a baby girl named Lana just three months ago, is the third Slovenian winner in a World Cup downhill who skied to the victory on Stöckli skis – after Andrej Jerman (2007 in Garmisch, 2009 in Bormio) and Bostjan Kline (2017 in Kvitfjell).

The delight was also huge for Beni Matti. The Stöckli head of racing is thrilled that Martin Cater was finally able to realize his good training performance in a race. And he gave the skier yet another pat on the back: “On Saturday, Martin had some bad luck in the Super G. Even after a long break and heavy snowfall, the FIS didn’t first send a scout down to check the piste; Martin had to go out on the course as the first skier.” Cater in fact didn’t ski poorly but, in these circumstances, he simply didn’t have a chance – higher than 43rd simply wasn’t in the cards. “I’m thrilled that he was able to move past this bad luck, and do his thing with such cool on Sunday,” Matti said.

Marco Odermatt closed out the first Speed Weekend of the winter with 13th in the Super G and 30th in the downhill.