Marco Odermatt and his emotional win

Marco Odermatt now has his first World Cup giant slalom victory in hand. On Monday, in Santa Caterina (ITA), he followed up his second place in Sölden and his third place in Saturday’s race with his second win to-date in a World Cup race. The entire Stöckli family is thrilled with the 23-year-old from Nidwalden. 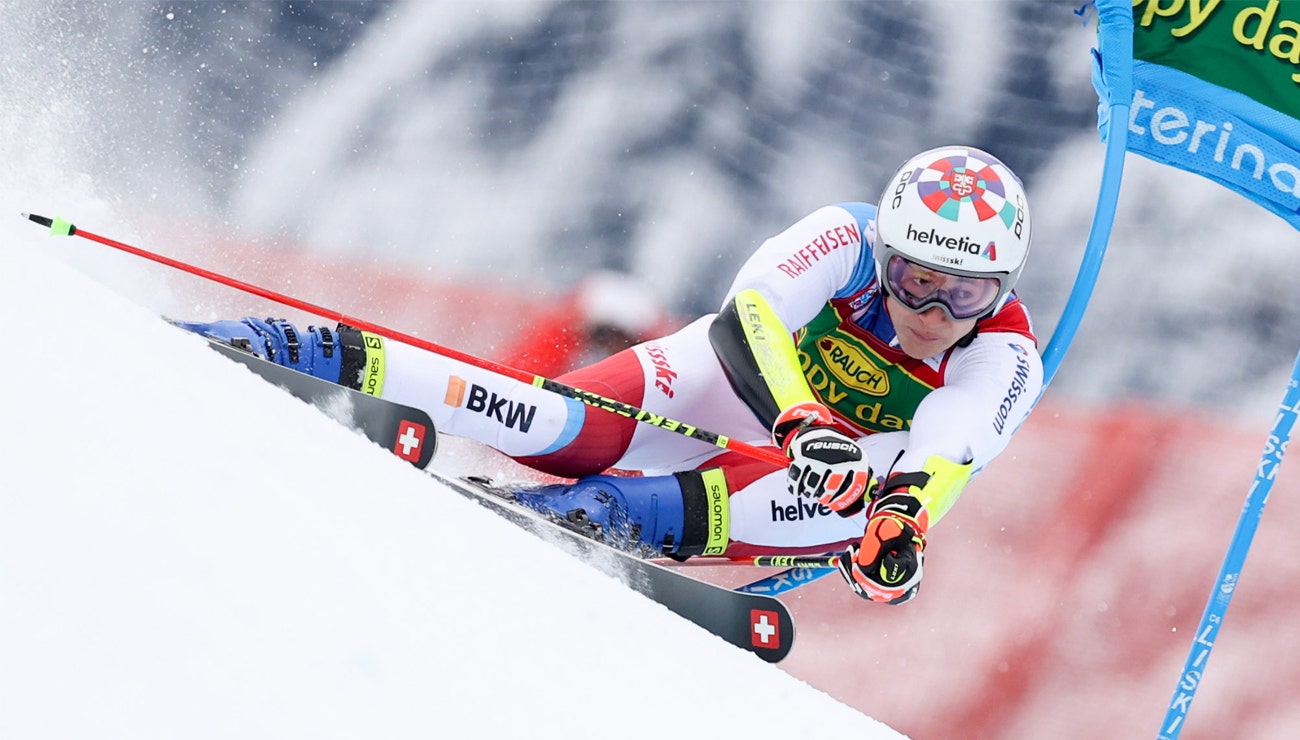 “When will a Swiss skier finally win a World Cup giant slalom again?” This is the questions that Marco Odermatt heard over and over, and perhaps more often after his podium finish in the race in Sölden – always with a dash of hope along with the question. The Stöckli skier from Nidwalden answered the question on Dec. 7, 2020, in a spectacular manner: “Today.”  It was a day when “simply everything just clicked,” said Odermatt.

And of course, when it comes to gear, everything is perfect for Marco Odermatt. The athlete and the Stöckli brand have continued to develop the model of his current giant slalom ski in the last two, three years. Together, they are now off along the path to success. Even with the conditions in Santa Catarina and with a tiny little unforeseen incident there. It wasn’t only Swiss skier Daniele Sette who met up with a stone on the run that had been brought to the surface during slope grooming, but Odermatt, too. “I didn’t notice it while skiing. It was our service staff member Chris Lödler who let me know between runs what had happened.” While Sette’s race came to an end mid-way with significant edge damage, Marco Odermatt was lucky.

The gear worked out, the athlete’s conditioning and performance worked out, and the racer was “fully there” in his head. Because Odermatt didn’t push both runs like crazy. He skied tactically with finesse and gave it a push where it was appropriate. Odermatt, who skis by feel, wasn’t deceived by his intuition and had one more thing to prove: That he can adapt perfectly to circumstances regarding snow conditions or topography no matter how the runs are groomed. Three podium finishes in as many World Cup races show a clear picture and ensure a perfect snapshot in time: Stöckli skier Odermatt along with Alexis Pinturault lead the World Cup overall rankings.