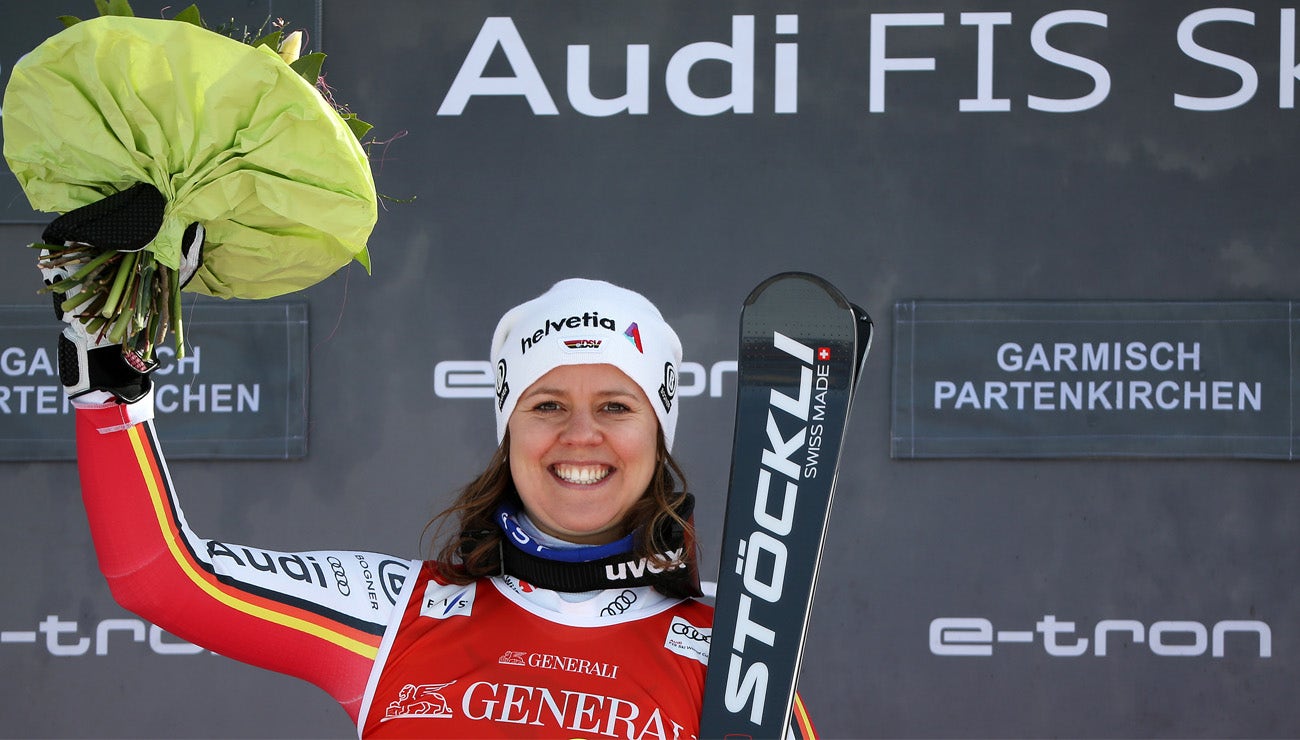 Inside of just 24 hours, Viktoria Rebensburg experienced both great luck and very bad luck side-by-side in Garmisch-Partenkirchen. She took on the Kandahar run in front of her home crowd, moving between heaven and hell. It all started with a victory in the downhill, her first success in this World Cup discipline. The crowd hollered in glee, just as it had a week earlier after the victory of Thomas Dressen. A feeling of pure joy for the athlete.“ I had never dreamed of this in my greatest dreams,” the 30-year-old said after this, her second victory this season.

The weekend, however, was to take a bad turn on Sunday. It happened in the Super G. Appropriately somehow on the section called “Hell.” She caught an outer ski, her legs and knees were forced into an unnatural position, Viktoria Rebensburg fell and hit her left knee on a gate, and then skidded into the safety net. Stand up, re-arrange the crown – Rebensburg skied down on her own accord to the finish line and told journalists that she had a little pain but was not seriously injured. That was an erroneous belief. Later, in the hospital, the diagnosis was a tibial head impression fracture and medial collateral ligament sprain. Bottom line: No operation needed, but the season is over. “Of course, it’s a pretty bitter feeling that my season is over. But there was some good luck with the bad. The ligaments didn’t tear, and that means I should be fast again after physical therapy.”

It looked different for two other skiers on the weekend. They have slowly overcome injuries and are finding their way back to the top. Ilka Stuhec, two-time downhill world champion, proved with her 6th place in the downhill in Garmisch that in the third part of the season she is again a force to be reckoned with in the 2020-21 World Championships. Just as the Slovenian managed, so too did Jasmine Flury manage in Garmisch her best season finish to date. The skier from Davos was 11th, missing a top 10 finish by just a tenth of a second.

The entire Stöckli family wishes Viktoria Rebensburg all the best and a full recovery. And of course is looking forward to welcoming the 2010 giant slalom Olympic champion back to racing and to cheering her on again.