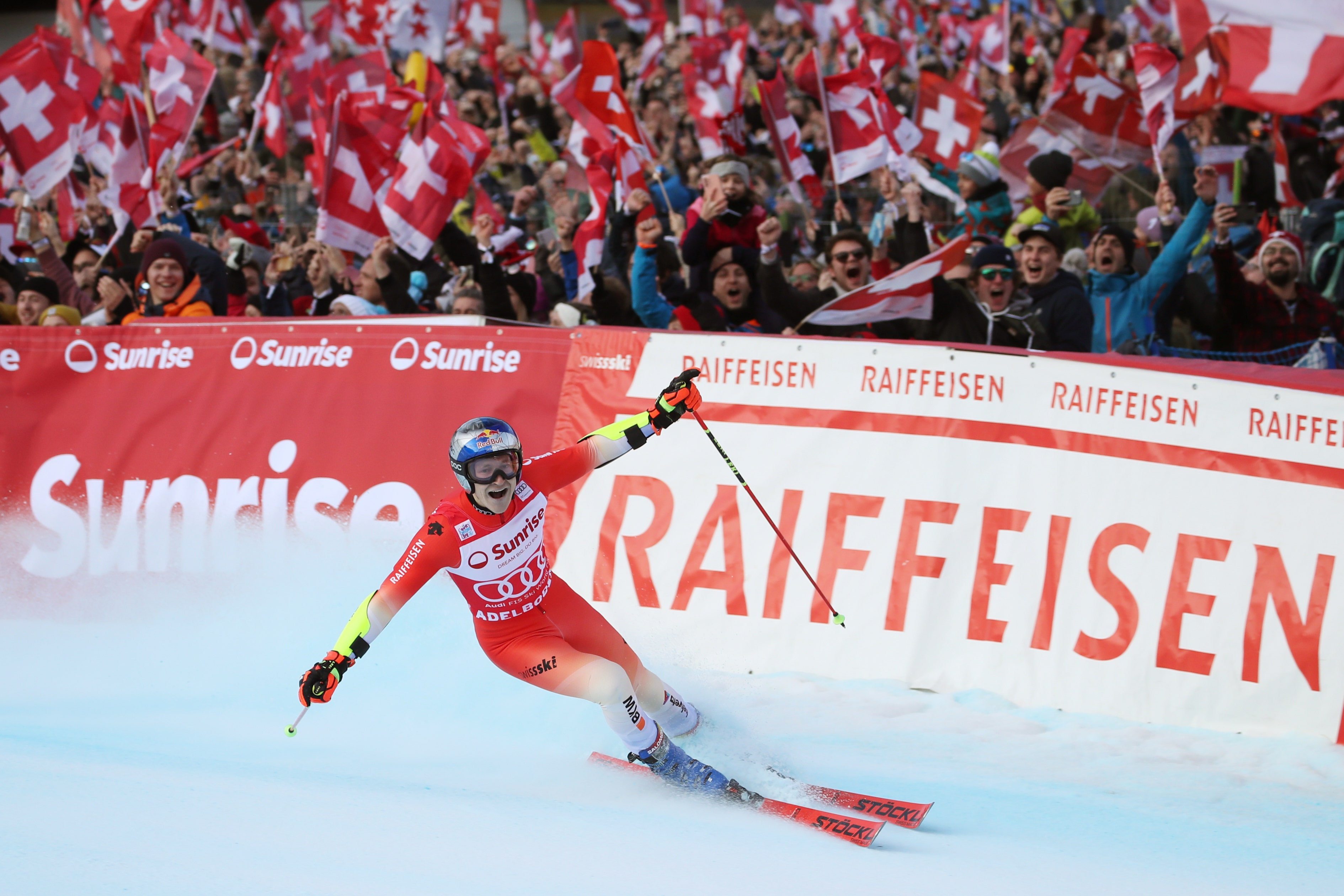 It was a return to the place where he achieved his, for him, most significant and perhaps most important win in winter 2021/22. In January 2022, he was determined to win the race on the Chuenisbärgli. The pent-up pressure – from inside and outside – drove him to tears on the chairlift to the start. On January 7 in Adelboden, a repeat of this great victory was on the cards. If the pressure from people’s expectations of him was relentless, he himself refused to add to it. Marco Odermatt was able to get down to business in Adelboden with a degree of serenity. He was even able to enjoy his time in the limelight. He knew that his form, his equipment and his technique were able to get the job done, and he had already beat everyone else on this mountain. Armed with this self-confidence, he allowed himself a smile as the chairlift neared the start.

And the 25-year-old delivered once more. In the way champions do. With two best race times, Odermatt was able to put 0.73 seconds between himself and the Norwegian Henrik Kristoffersen. In Switzerland, the media have run out of superlatives for Odermatt’s achievements and results. Austria, Switzerland’s traditional ski rival, will soon be in the same position. Odi’s sixth win of the season led to the media using phrases like “demonstration of power” and “like from a different planet”.

“I was extremely close to my limits, and I could have gone beyond them two or three times,” said Odermatt about his performance in the second race. In fact, the Nidwalden athlete had two wobbles during that run that might have done for another skier. Odermatt, however, is currently incredibly surefooted right now, and he has a tremendous sense of self-confidence. He also has the certainty of knowing that his equipment – even if he switches between runs – will get the job done. Odermatt came back fighting after these two situations. As he said in an interview with Swiss TV: “I knew I couldn’t let Henrik win here, so I put my foot on the floor.”

This home victory means Odermatt leads the overall World Cup rankings with 1046 points – a figure which would have found him finishing third last winter behind himself (1639) and Aleksander Aamodt Kilde (1172) and ahead of Henrik Kristoffersen (954). An unbelievable situation that goes to show just how dominant the 25-year-old Nidwalden athlete currently is. And there are other statistics that help illustrate Odermatt’s form and performance. Plus don’t forget that Odermatt has ended up on the podium in the last 13 World Cup giant slaloms since Sölden in October 2021. In between, he became Olympic Champion in Beijing and only came second once – to Loic Meillard at the national championships in St. Moritz.

Norway’s Rasmus Windingstad in 12th place and Thomas Tumler in 19th place proved just how well the Stöckli equipment works – and not just for Odermatt – in the classic giant slalom race in Adelboden. This is a special result for the man from Graubünden in particular. It was in his seventh attempt on the Chuenisbärgli that the 33-year-old qualified for the second race. “It was high time I scored some points here!”

Kranjska Gora, the weekend venue for two World Cup women’s giant slaloms, saw Andrea Ellenberger open up two worlds. On Saturday, the Central Switzerland native came 25th, and in the first of Sunday’s races, she was only just able to qualify for the decision by coming 29th. For Ellenberger, who hails from Hergiswil, it looked as if another finish between 20th and 30th was beckoning. She was disappointed, because the 29-year-old’s expectations were higher. And then, shortly after midday, there arose an almost identical situation to the previous year. 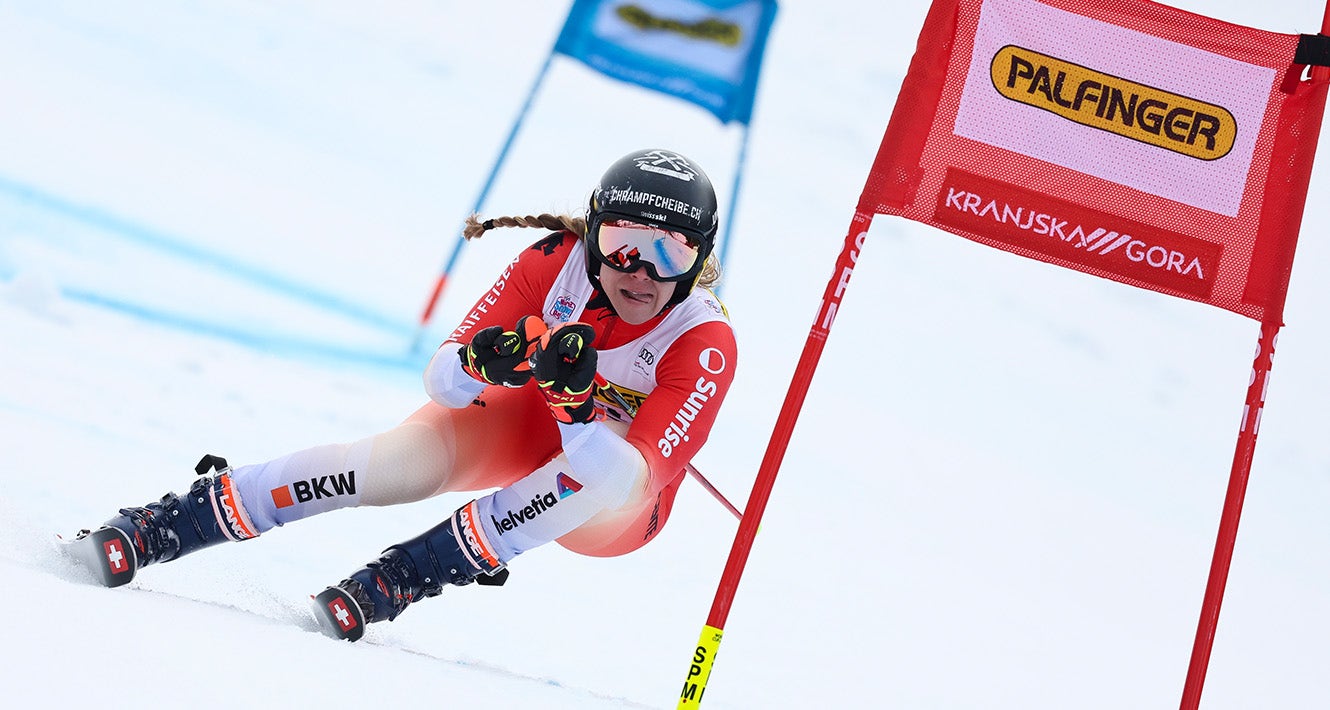 Back then, in the second of the giant slalom’s two races on the Podkoren slope, Ellenberger managed to leap from 30th to 13th place by achieving the second fastest time. Last Sunday saw her make another 17-place jump in the rankings by coming in 12th. Her relief at the finish line was palpable: “I’m so happy, it’s feels incredibly good. I was desperate before the second race – I didn’t know what else I could change or do differently. I knew that the course (laid out by her coach Heini Pfitscher [ed.]) was more to my liking, as it was a bit more twisty. But the fact that it worked out like this is such a relief.” She put all her disappointment and anger into the second race, which improved her performance and gave her an aggressive edge.

The Europacup found the speed specialists at work on the Lauberhorn course. Two Super-Gs were held between the original start of the descent and the water station. Alexis Monney secured his first podium finish at the second highest level as runner-up in the main rehearsal for this week’s World Cup races. Monney, who turned 23 last Sunday, is part of the Swiss Ski line-up for the World Cup races in Wengen and will be competing in the first downhill training on the Lauberhorn on Tuesday, January 10.

Odermatt buddy Marco Kohler also enjoyed success on the Lauberhorn. On the course where he ruined his left knee two years ago, he achieved another top 10 result after St. Moritz on December 9. The 25-year-old Haslital native finished the two Super-G races in 8th and 13th place.