Winter 2019-20 was a short season The coronavirus pandemic threw quite a wrench in everyone’s plans. And the effect the virus will have on the 2020-21 season and on the World Championships planned in Cortina d’Ampezzo can’t even be determined at this point yet. There was already quite a stir at the start of the winter: On Dec. 6, 2019, Marco Odermatt stood for the first time in his career on the top step of the podium for the medal ceremony after the Super G at Beaver Creek, Colorado. And just two days later, Viktoria Rebensburg won the Super G at Lake Louise in Banff, Canada. Later, too, reports of further achievements were still coming in: Aline Danioth provided her best World Cup finish ever the end of December with a 7th place in the Slalom in Lienz. Plus, Viktoria Rebensburg’s downhill victory on Feb. 8, 2020, in Garmisch was among the total high points of the Alpine ski season. 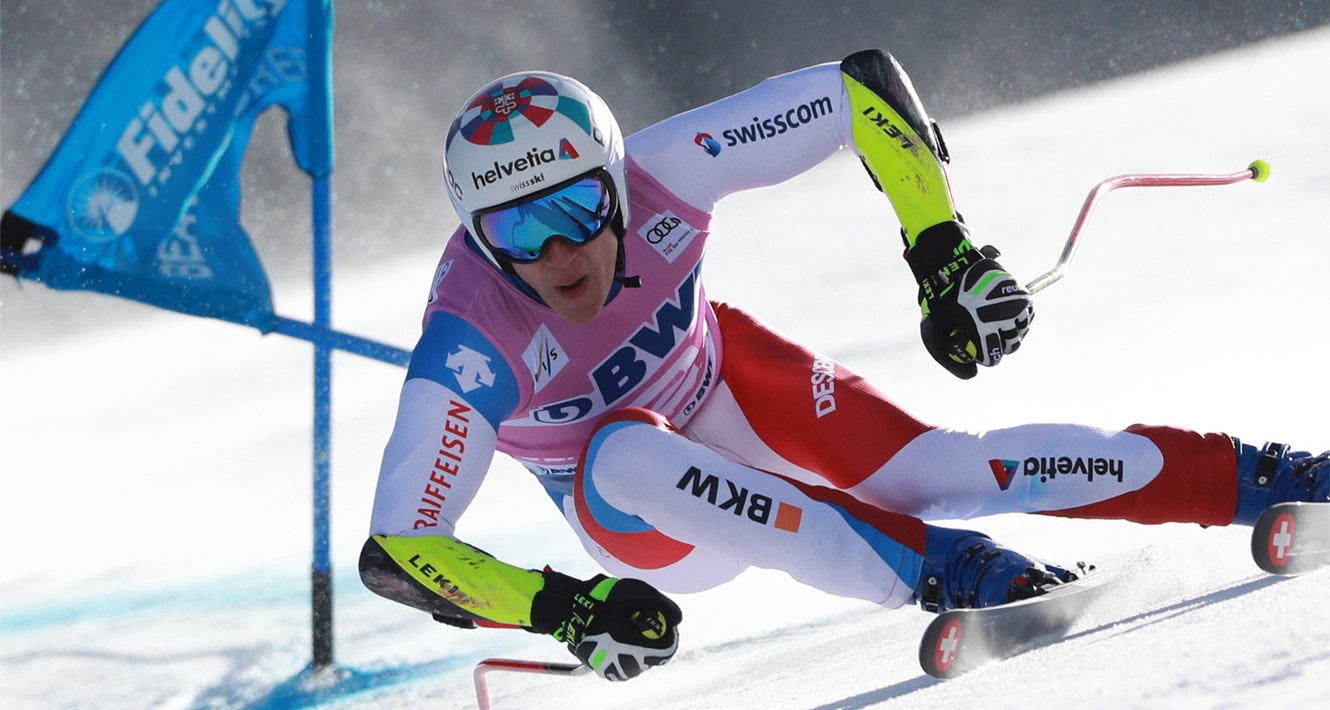 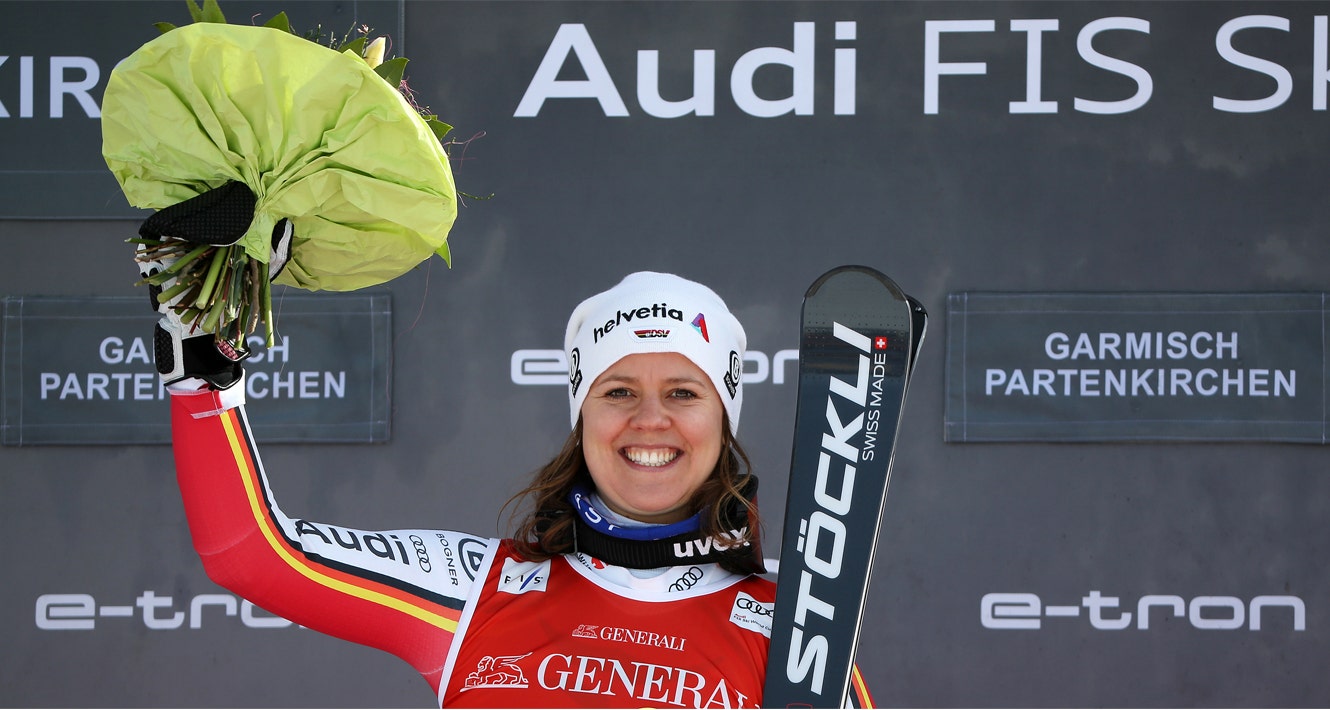 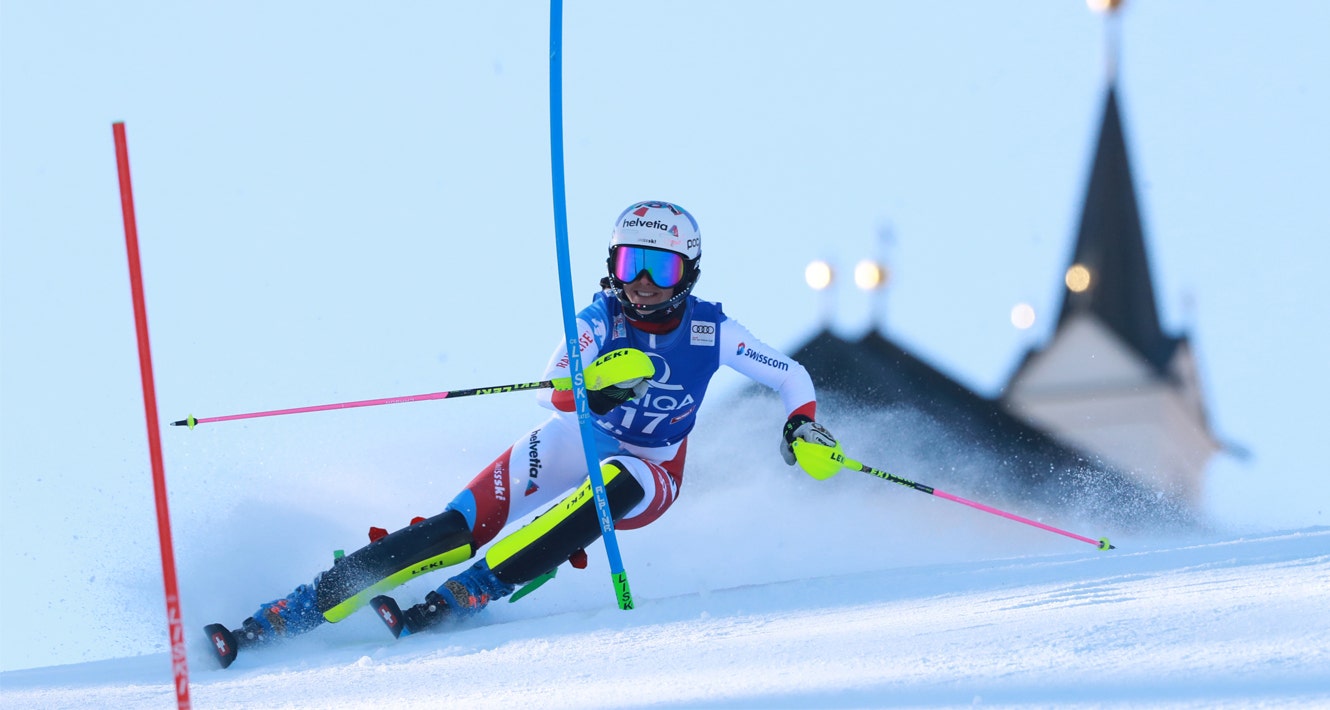 And Stöckli again has a junior world champion in its ranks with Alexis Monney. The athlete from Freiburg won the downhill in Narvik in Norway. With that, he added to Stöckli’s gold collection from young world champions following the examples set by Marco Odermatt (6/2016 and 2018), Rok Perko (2005), Bostjan Kline (2/2011), Nils Mani (2013), Aline Danioth (3/2016 and 2018) and Nicole Good (2019). “With my training, I held out hope for a top-5 finish and knew that things had to click for that. And now the win – that is fantastic,” said the junior world champion after his success. Notably, this achievement also paved the way for Monney to move from the National Performance Center West to the Swiss Ski association B Team. In looking back, we can now say with certainly that our young skiers, both men and women, are well on their way to even more achievements. Marco Fischbacher for example was able to celebrate his first victory in an FIS race; Vivianne Härri hurtled to a top-10 finish in a Europa Cup race for the first time in the downhill at St. Anton; and Jasmina Suter locked down her first Europa Cup win in the Super G in Crans Montana. 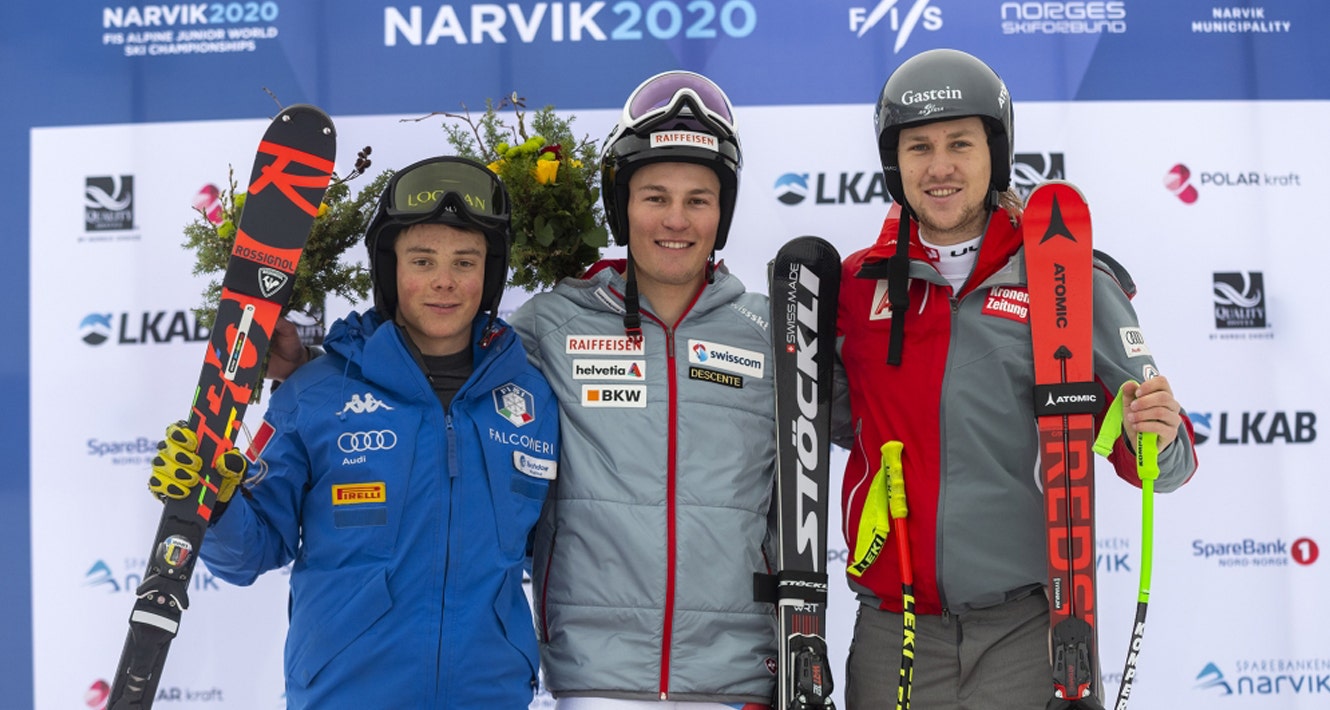 But of course we saw too the razor edge between joy and pain in ski racing. Take a look at the long list of skiers, men and women, who hurt themselves over the course of the season, or had to start the season late due to injury. At the top of the list, where many of our young hopefuls are or were also, are several World Cup athletes, too, such as Marco Odermatt (meniscus), Viktoria Rebensburg (tibial plateau, MCL strain), and Nils Mani (partial gluteal tear).

The most severe however was what happened to Aline Danioth. In the round of eight of the parallel giant slalom in Sestriere, the athlete from Uri fell and tore her anterior cruciate ligament in her right knee as well as suffered lesions of both her lateral and medial meniscus. The 21-year-old has now re-discovered her laugh, and rehab is progressing as expected – perhaps even better and faster. And this demonstrates that the entire Stöckli team is already looking quite optimistically and expectantly toward the 2020-21 winter season.

Of course, the uncertainty about what kind of effect the coronavirus pandemic will carry with it is always present. These things, however, are out of our hands and out of the hands of our athletes. Therefore, the Stöckli crew – which now includes Thomas Tumler and Norwegian Rasmus Windingstad – is focused on the things we can influence, saying: “Let the 2020-21 winter come. We will be ready!”