18 hundredths of a second short for a podium finish

One mistake just short of the finish line cost Marco Odermatt what would have been his third World Cup podium finish. Nevertheless, the skier from Nidwalden can be satisfied with his performance in Hinterstoder. 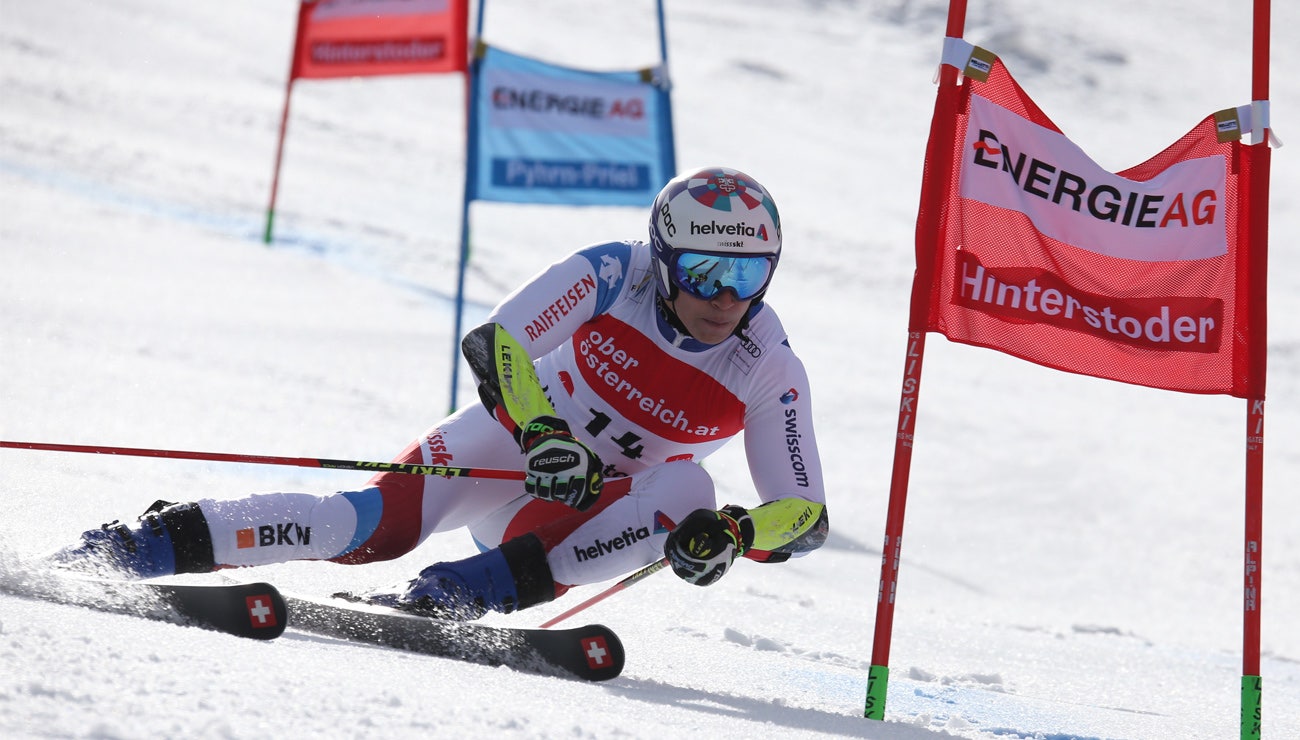 These are special days right now on the Alpine ski circuit. The spreading Coronavirus COV-2 could mean the season will end earlier than expected, with the racers not even able to compete in the last competitions. Even the weather conditions and the soft pistes due to that also demand some getting used to. However, both are things the skiers have to accept because that’s reality. They can’t change a thing, and they affect only their own performances.

And even with that Marco Odermatt of our team was able to put in an impressive run in Hinterstoder. The giant slalom, which was delayed until Monday, nearly resulted in a third podium finish for the 22-year-old athlete from Nidwalden. Just 18 hundredths of a second were missing in the end for a third. ”I am satisfied with my race. In the first run I had a little trouble, and I could then improve my stand in the second run.” said Odermatt. He’s a little irritated about the fact that an error slipped into his last transition before the finish line on his race to catch up. That most certainly cost more than the missing 18 hundredths. Odermatt thus left Austria with a 14th place in the Super G and a 4th in the giant slalom. His next “business trip” takes him to Norway where a Super G and downhill are scheduled in Kvitfjell. Aside from Odermatt, Martin Cater was also able to tally some World Cup points twice in Hinterstoder with 25th in the Super G and 13th in the combined.

The best result for the women in La Thuile came from Jasmine Flury. The skier from Davos took 16th in the Super G in her last World Cup race of the winter. The 26-year-old hurt her knee right at the start of the race season in Lake Louise and had to patiently wait until the end of January til she was even able to start her season. “After the injury I was never able to fully find the needed conviction in races. Nevertheless, I am thankful that I could even ski this season in any races,” she said. The mental part and the conviction have also affected Ilka Stuhec, who hasn’t yet returned to her highest level. Stuhec was 23rd in the Super G in La Thuile. The downhill world champion will have to check off the 2019-20 season as a comeback and training season, taking with her the insights gained into the 2020-21 Winter world championship season. And if the world championships do take place, then of course as usual Ilka will have some big plans.