He represents a half-century of Stöckli history

It’s been almost 50 years since he’s been at Stöckli’s side. A smile dances across his face again and again when he falls quiet while mulling memories. A smile characterized by satisfaction and pride. Over the years – actually, more like decades – he has collected many an exciting story. The company and the brand have furthered their development continuously during this time. And he was always right in the middle of it all: Ruedi Arnet, 67, a real institution at Stöckli. 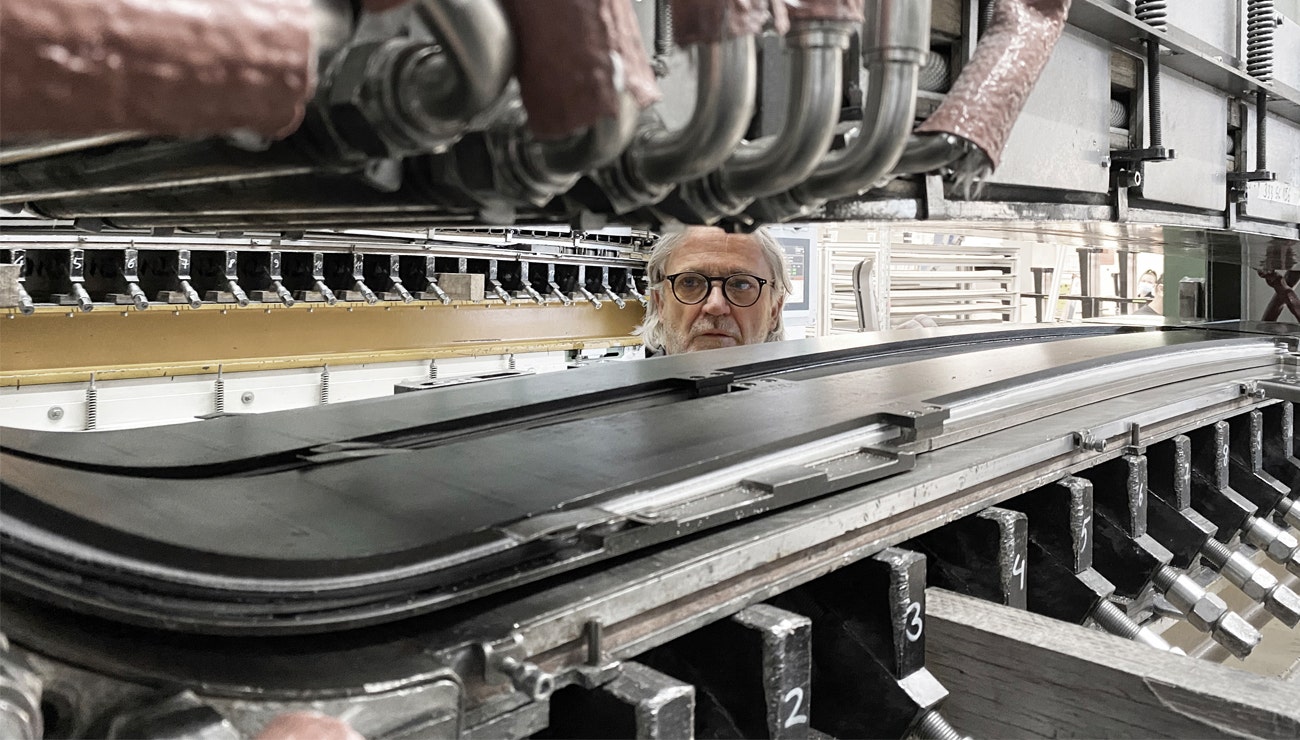 It was 1972 when Ruedi decided he wanted to apply to work at Stöckli. This then after he had worked several years in a sports retail shop in Saas Fee as a “ski guy.” That meant for him: ski services, ski tuning and repairs, plus customer consultation and sales. “During this time, I learned a lot about skis, but I bid adieu again to Switzerland’s beautiful Valais area.” So Ruedi came to Stöckli after just barely turning 18. A fantastic decision for both parties as would be proved in the following years. To the question about which duties he covered during this time, he said jokingly with a question in return: “Which didn’t I?”

In fact, over these 50 years, Ruedi took on many different positions and could demonstrate his expertise in many areas. “Way back at the beginning we manufactured in the summer and sold in the winter.” Meaning one had to be familiar with both production as well as sales. That wasn’t a problem for the trained sports salesman. Ruedi brought along certain experiences from his professional development, but he still had to admit that he had to learn a lot from the ground up. For example, material development. “It was always thrilling to exchange ideas with those from other industries such as automobile or airplanes – folks who were further along in material development.” After that, one had to transfer these insights into ski construction. At Stöckli in first order research was all about base production and construction of wood cores. “Ultimately, it’s still really all about that, to take advantage of the principles of physics to build faster and more stable skis.”

In this case racing also played a key role. “The competence of a ski builder can only really first be verified by success in ski races,” stated Ruedi. “And in fact, only at the highest levels.” That means at the World Cup, at World Championships, or at Olympic Games. At Stöckli, people knew for a long time that the skis were good enough. “We already had name athletes who tested our skis in training and skied faster times than with their own actual brands.” This of course had to be top secret and done with a neutral topsheet. Being allowed as an official outfitter by the Swiss Ski Association to be able to participate in World Cup races took a little more time though. “Compared to the others we were a small brand, we were laughed at, and our skis were sometimes even called strawberry wood skis.” At the beginning it was those from Liechtenstein, in particular Marco Büchel, who convinced the world otherwise.

And then suddenly it all happened very fast: Stöckli was accepted into the outfitter pool for Swiss Ski in 1994, and two years later the brand celebrated its first World Cup victory thanks to Urs Kälin. As the then-director of the racing division, Ruedi was of course there. “It was at the giant slalom in Flachau. I still remember it as if it were yesterday.” Ruedi will never forget that day because it was a milestone for Stöckli, but also for him personally. He is flooded with emotions that 25 years later still come up. But the fact that Stöckli was finally standing on the world stage did not thrill everybody the same way. “The Austrian press wrote at that time, ‘Urs Kälin won on Swiss military skis,’” recalled Ruedi with a grin. Indeed, this didn’t do any harm to increasing international recognition and the growth of Stöckli as a company. Quite the opposite. “The production numbers during this phase grew strongly since we suddenly had orders from many international agencies.”

As a result, Ruedi dedicated himself more and more to ski development. This had interested him the most from the beginning anyway. This was his biggest passion. “Particularly when it comes to racing skis, this segment is so dynamic. There are always more new guidelines one had to work with to still try to make faster skis.” In the meantime, Ruedi had acquired a broad range of knowledge. And – perhaps more importantly – practical experience to go with it. Not everything that works in theory, works on the snow in the real world. “I always say, you have to first do a few things wrong before you can get it right.” Indeed, Ruedi didn’t do much wrong in his time at Stöckli. Nevertheless, a whole lot came out right in the process. “The most exciting thing is that you get very quick feedback, and you can see success directly in the races.” Success has definitely proved him right.

And now at age 67 he has retired. No, really. But he still just can’t let go of Stöckli. Or, put another way, Stöckli just can’t quite do without him. Understandable, since as mentor and a provider of expertise, Ruedi is enormously valuable to the entire company. And he senses this appreciation. “I’m thrilled when it’s not just the younger ones but also management who come to me to ask for advice.” On the side, he is still by the way active as a ski designer to continue to develop the collection’s aesthetics.

Ski builder, salesman, racing director, development director, ski designer, and on top of all that also a member of the board of directors – everything at Stöckli. That covers the past nearly 50 years of the professional life of Ruedi Arnet. Pretty much nobody knows the business as well as he does. Almost nobody has embodied the values that Stöckli represents as he has. “Swiss, customer-oriented, and down-to-earth, with a leaning toward perfectionism,” that is what Stöckli means to him. Why Ruedi never thought about leaving Stöckli is somehow apparent, but still difficult to put into words. “It is an inner satisfaction, this pride in being a part of something really special – that’s what grabbed me and never let go.” Stöckli too is pretty proud to have such a luminary in ski sports in its own ranks – for just about 50 years. 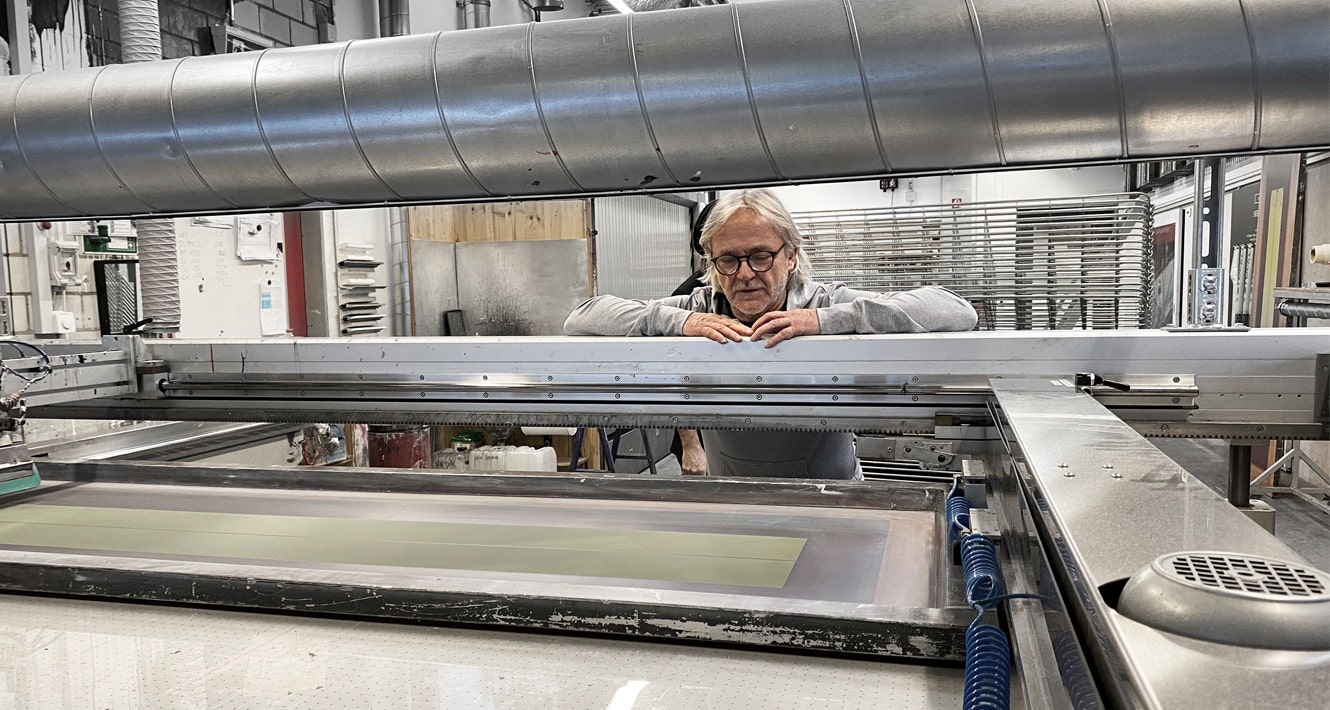 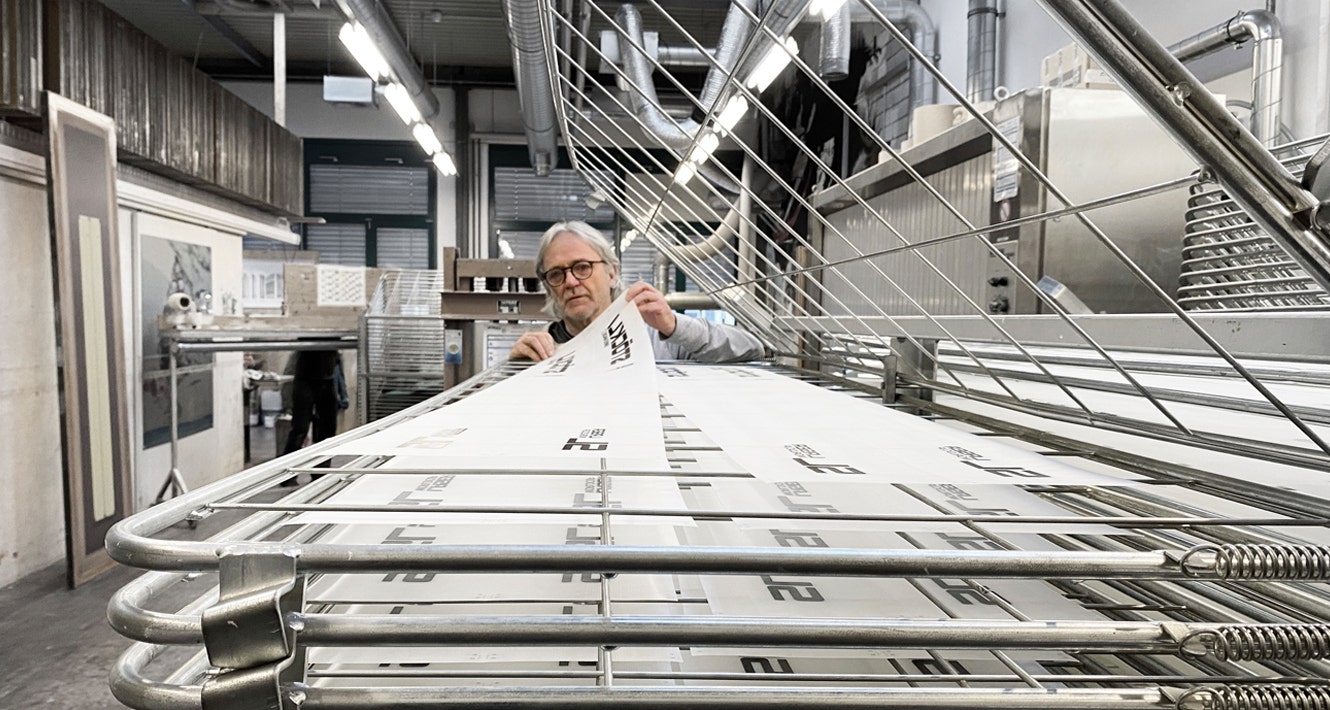