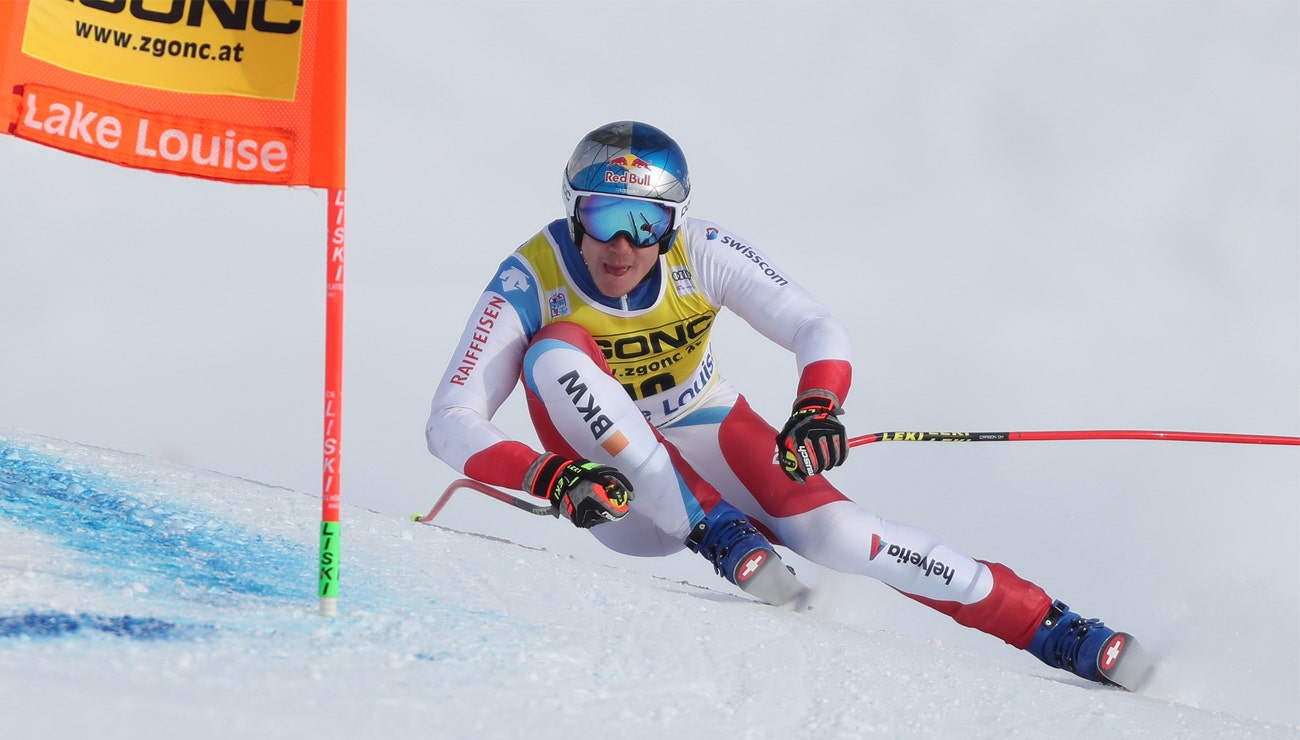 After a year-long break, everyone probably imagined the return of World Cup skiing to North America would go a little differently. After the women’s giant slalom had to be canceled due to high winds, only the slalom could be completed in Killington (USA). Andrea Ellenberger had to pack up her gear and return to Europe empty-handed. Lake Louise is now the next port of call, where the winter season can finally begin for Ilka Stuhec and her fellow speed specialists.

The men’s speed events did not go according to plan either because of heavy snowfall. Instead of two downhills and a super-G, only the downhill could be completed on Saturday morning in Lake Louise (CAN). Marco Odermatt used this chance to show that he can compete with the best in the downhill. A mere five hundredths of a second kept the skier from Nidwalden from his first podium place in this World Cup event, and only four-tenths separated him from the overall winner, Matthias Mayer.

It was to be expected that the 24-year-old would express satisfication with his performance. Only in the start section was there any reason for self-criticism. Odermatt was 32 hundredths behind the fastest skier, Dominik Paris, in this sector. “We’ll have to figure out what we might pick up from the Austrians,” said Odermatt with a grin. Thanks to the 50 points he brought home, he now is the sole leader in the World Cup standings and has shown the competition that he’s perfectly capable of delivering top results. This is a great foundation for him to stay in the battle for the crystal globe until the very end of the 2021-22 season.

The speed specialists now head for Beaver Creek where four events – two super-G and two downhill - are on the on the program. Marco Odermatt will carry good memories of Colorado with him, having won in 2019 his first World Cup event in Beaver Creek in the super-G.

In the Secret Garden resort in China, where Olympic medals will be awarded in February, the ski cross World Cup season saw its first event. Fanny Smith got her season off to a great start with a second place behind Sandra Naeslund. The Swiss skier did not start well in the final, but she fought back from fourth to finish second. Daniela Maier (GER), sixth place, and Tobias Müller (GER), eighth place, can also be satisfied with their trip to China.

Daniel Bohnacker (GER) had a lucky escape: the German Stöckli athlete fell heavily after an unfortunate collision in the round of 16. The 31-year-old hit the snow really hard and remained on the ground. After a lengthy period of medical attention, he was evacuated on a rescue sled and taken to a hospital. A short time later, to the great relief of everyone, the medical director of the German Ski Federation was able to give a positive update.

Bohnacker’s status was that he had suffered a concussion, but otherwise was in good health. On Sunday, Bohnacker was able to leave the hospital and travel back to Europe with the team as planned. He wrote: “Just amazingly thankful that I could leave the hospital on my own two feet! Granted, I feel like I have been run over by a bus, but otherwise I’m doing as well as can be expected in the circumstances! I will get checked out by our doctors back in Germany early next week.” Stöckli would like to take this opportunity to wish him a speedy recovery!