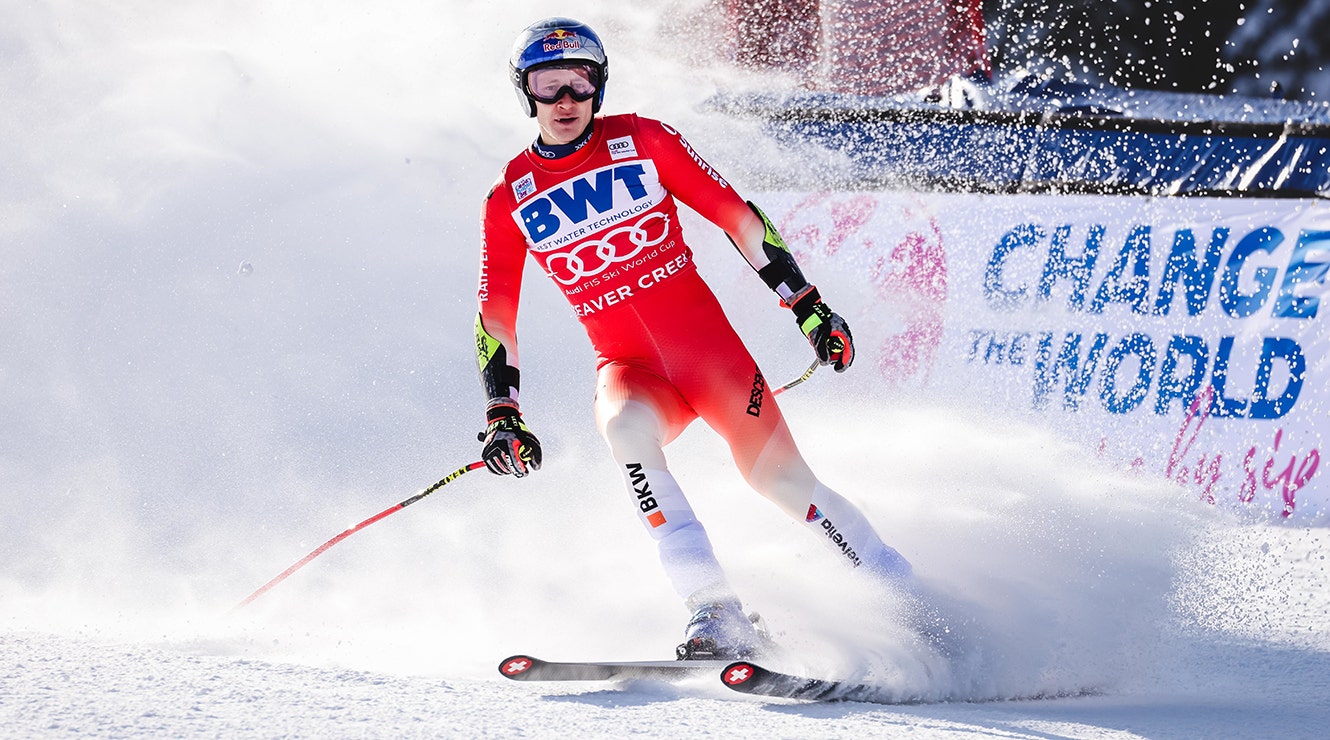 Five of the 38 World Cup races currently planned for the winter of 2022/23 have been held – but there are only two winners so far. Marco Odermatt, who went to Canada with the opening victory in Sölden under his belt, won the Super-G in Lake Louise, the Norwegian Aleksander Aamodt Kilde the downhill there and last weekend the two speed races on the demanding “Birds of Prey” slope in Beaver Creek (USA). Both races saw Odermatt finish second, which means he’s finished all five races on the podium.

This series of successes is reflected in his overall ranking in the World Cup, even though it’s still early days. Odermatt returns to Europe from North America in the lead with 420 points. The fact that the next stage is in Europe suits the man from Nidwalden. At the end of the Beaver Creek race series, Odermatt said he was feeling the strain of all the travelling and racing of the last few days.

“Being on the road for three-and-a-half weeks slowly wears you down. That’s a lot of travelling, a lot of racing and a lot of tension,” he said in an interview with Swiss television. “I’ve also had better days than today [Sunday, Ed.] before the start. There’s always a lot at stake, you can’t afford to make any mistakes.” Odermatt made no mistakes in the downhill or in Sunday's Super-G, but he deliberately slowed down in two or three places to minimize the risk of crashing out.

While Odermatt had every reason to be pleased with Sunday’s second place, his not beating Kilde in Saturday’s downhill did niggle him a little. “After six second or third places, it would have been nice to have come first in the downhill,” he observed. Odermatt, however, also declared himself to be more than satisfied with his race and his ranking; he was looking forward to continuing the duel with Kilde.

There’s also a success to report over in the women’s camp. On December 2, Janine Schmitt from St. Gallen celebrated her first European Cup victory. The 22-year-old prevailed in the second Super-G in Zinal, which came as a bit of a surprise: “I was already pleased with my performance on Thursday by winning European Cup points in the Super-G for the first time ever. And a day later this – I can’t quite believe it!”