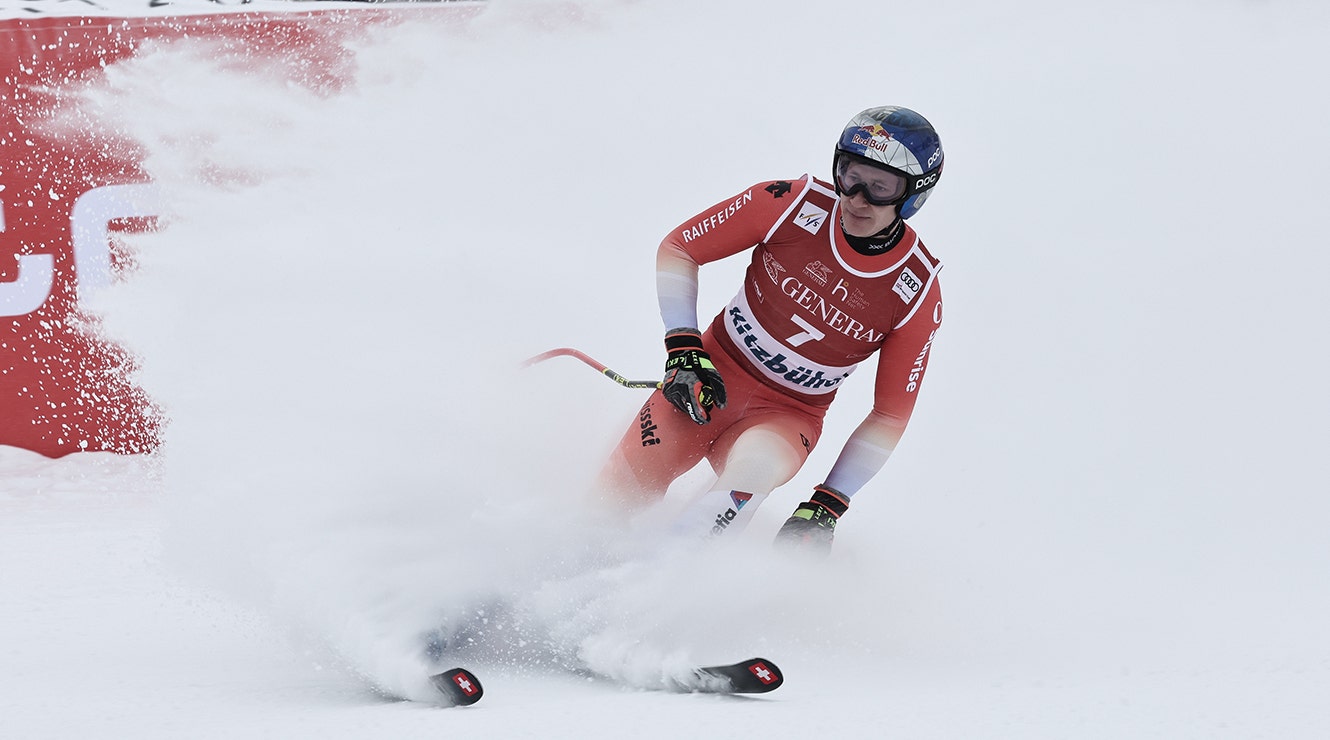 It shouldn’t have happened. Marco Odermatt sustained a knee injury at Friday’s World Cup downhill in Kitzbühel. With a lot of luck and even more skill, the Nidwalden racer stopped himself launching into the air, which could easily have landed him in the nets with a more serious injury.

Medical examinations in Kitzbühel did not reveal any other injuries to Marco Odermatt’s knee than a bruised meniscus. It remains unclear whether he – like Thomas Tumler – will compete in the World Cup premiere of the evening giant slalom in Schladming on Wednesday (January 25). A stress test on the course should show “Odi” whether he can participate. “Marco knows his body and is experienced enough to make that decision. A trial run on the course definitely makes sense. He’s not going to push himself unnecessarily – taking part in the World Cup is a priority,” says Stöckli Race Director Beni Matti.

A special story emerged in the classy Tyrolean ski resort for 25-year-old Marco Kohler, whose career almost ended in 2020 after he sustained a complex knee injury. Due to Odermatt’s withdrawal from the race, Kohler made his World Cup debut at the second Kitzbühel downhill on Saturday. “I would rather have competed in my first World Cup race alongside Odermatt rather than instead of him,” said the Bernese Oberlander, a good friend of Odermatt’s. Kohler wasn’t able to secure any points, but being able to start in the world’s most difficult downhill was a clear sign that he was back where he wanted to be.

Over the past few days, other young Stöckli athletes have also chalked up top performances, suggesting that they are the ones to watch going forward. In Kitzbühel, Alexis Monney showed that his top 10 ranking on the Lauberhorn wasn’t an isolated case. Bearing start number 37, the Fribourg racer crossed the line, finishing eleventh. 22-year-old Janine Schmitt from St. Gallen gained points for the first time with a fine 26th place in her second World Cup race. At her comeback at the “Olympia delle Tofane”, Noemie Kolly showed that she’s fit again after suffering a spinal disc injury. Once she’s undergone more training and had more racing practice, good classifications will return. And at the Junior World Championships in St. Anton (AUT), Simmental’s Sandro Zurbrügg (20) was only 22 hundredths of a second short of a medal in the giant slalom.

Podium finishes for Maier and Thompson

After a break of around a month, the ski crossers also raced for World Cup points. In the two women’s races at Idre Faell (SWE), Daniela Maier (GER) and Marielle Thompson (CAN) each secured a podium finish. 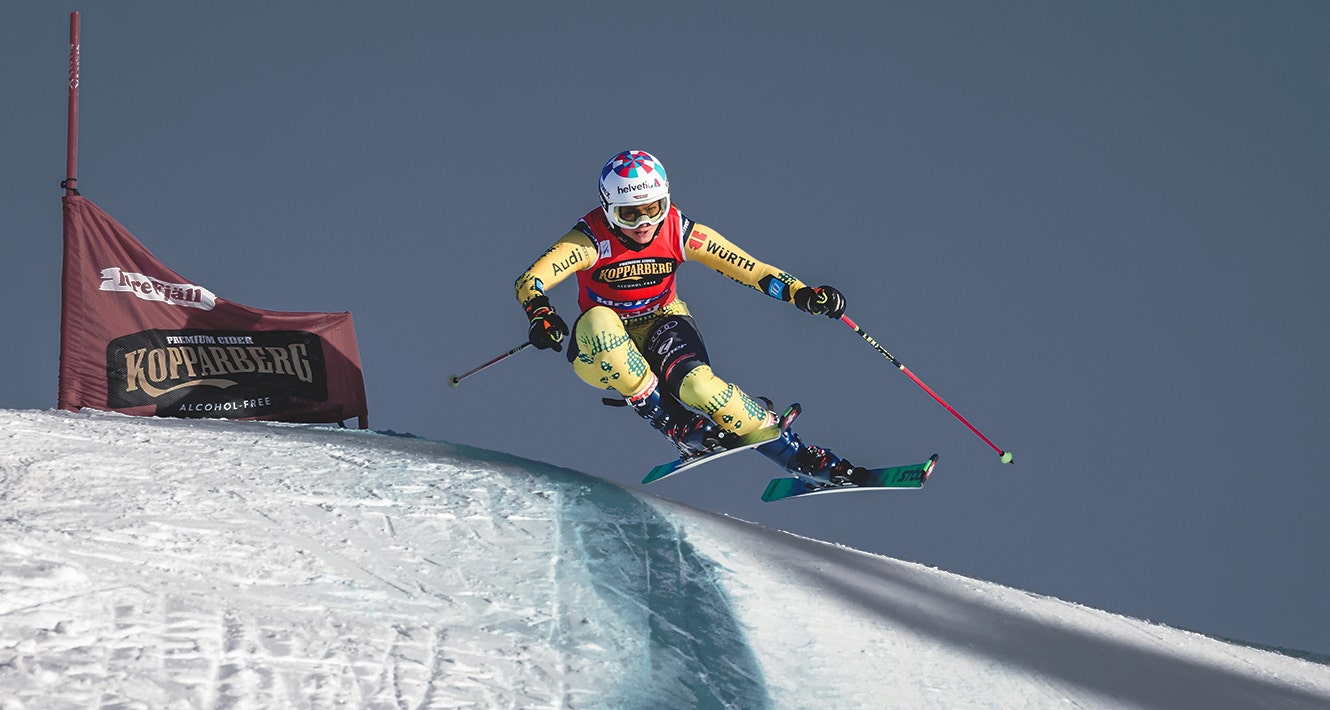 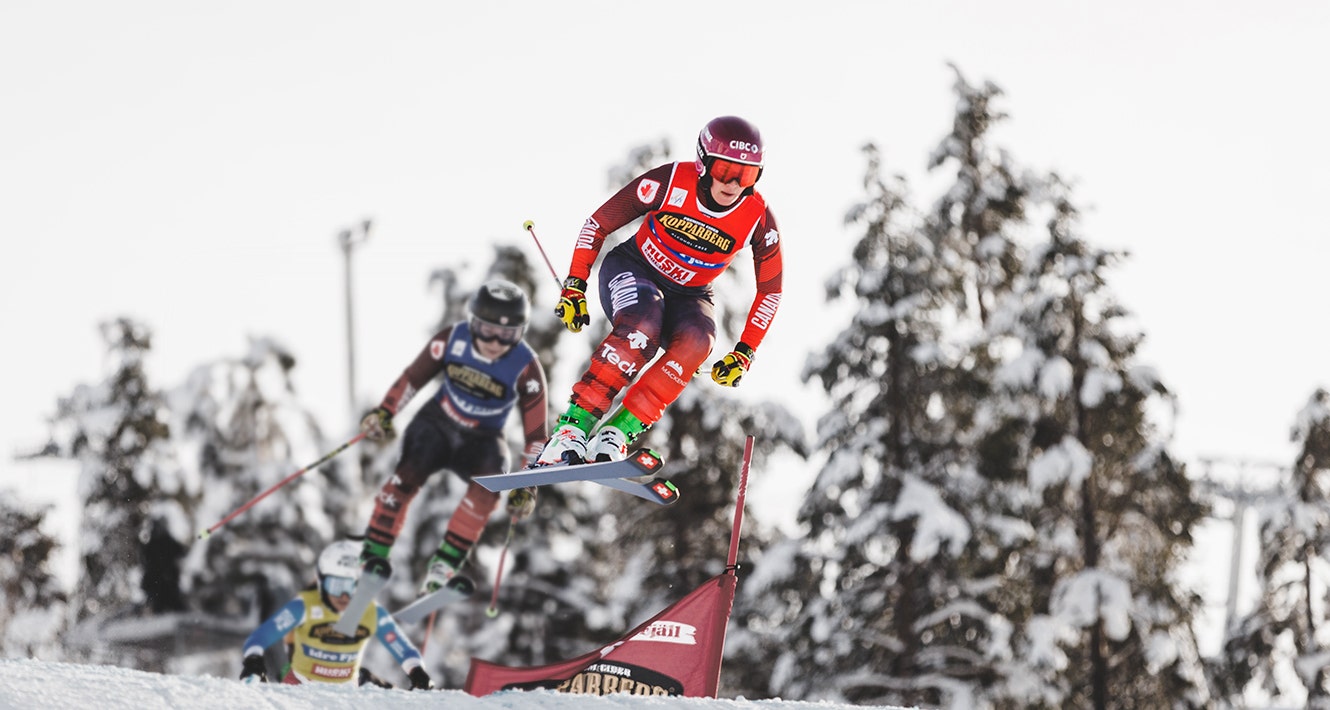 Maier, who now ranks among the group of top racers, finished third in race one, Thompson third in race two. Among the men, Daniel Bohnacker (GER) announced his return after his injury break by qualifying for the small final and an eighth place. On the other hand, the Swiss Jonas Lenherr, who suffered bruises to his chest during training in Sweden, was unable to start.