Art and combat – Marco Odermatt can do both

Marco Odermatt’s celebrating Christmas as leader of the 2022/23 overall World Cup. The Nidwalden native accumulated a wealth of points in the speed classics of Val Gardena and in the giant slalom classics of Alta Badia. Nicole Good granted Stöckli its second victory of the season in the Europa Cup. 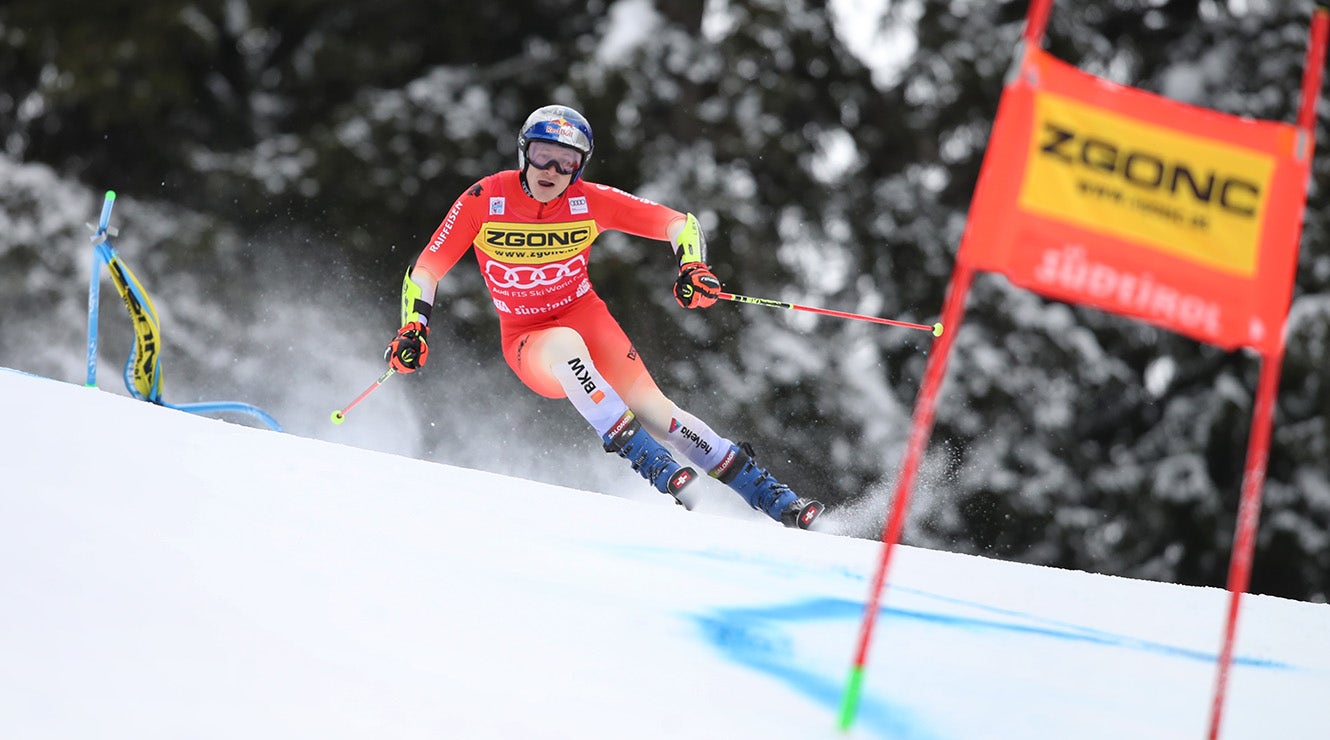 Marco Odermatt has competed in 10 World Cup races this winter – four giant slaloms, four downhill runs and two Super-Gs. He’s been on the podium nine (!) times, four times as winner. An unbelievable statistic that’s demonstrated by his clear leadership in the overall rankings. Odermatt’s 271 points ahead of Aleksander Aamodt Kilde and no fewer than 481 points ahead of Lucas Braathen. With those won in Alta Badia on Monday, Odermatt has stacked up 796 points. With that, he would have finished the 2021/22 World Cup season in seventh place overall – even fifth in 2020/21…

But one step at a time. On Thursday and Saturday, the 25-year-old went in for the classic downhill in Val Gardena. The “Saslong” slope isn’t the steepest in the world, but the undulating Ciaslat is a section that has its challenges. And Stöckli came up with something for Odermatt’s downhill premiere in Val Gardena. After a slew of rather ordinary training times, service man Chris Lödler persuaded the athletes to try a new ski model – the result: Odermatt finished second on Thursday on the slightly shortened run. Beni Matti, Stöckli race head, explained. “We saw that we have superb equipment for Bormio, Kitzbühel or Wengen, i.e. on icy, wet and rough slopes. But we had a few problems in Val Gardena, Kvitfjell and China, where the snow’s more aggressive and dull. We looked for a solution, developed a new ski before Val Gardena and decided after practice that we’d use it in the race.” The solution was sure to work, at least in theory, added Matti. The theory was validated in practice. “Odermatt promptly completed a top race with this ski. That it worked out is due to his mastering the switch so well.” This depends on the athlete being willing to take the risk and having Odermatt’s sensitivity. At his second and final attempt, the Nidwalden skier missed his 13th World Cup podium place by finishing 7th – 0.5 seconds off 3rd place.

The contest continued on Sunday and Monday in Alta Badia, where the “Gran Risa”, one of the World Cup’s most difficult giant slalom courses, had to be mastered twice – i.e. four times in all. The first race (Sunday) failed to meet Odermatt’s expectations: his intermediate ranking on a winding, slow course was 9. That brought out the artist in “Odi”, and he took third place overall. On Monday he continued his “artistic streak” and took the lead, 0.6 seconds ahead of Henrik Kristoffersen. In the second race, the fourth on this exhausting course within two days, Odermatt had to work hard. “It was a huge fight,” he admitted; he now has 15 World Cup wins under his belt. After having the feeling that his energy reserves were right for the first race in the morning, the situation was completely different after the lunch break. Odermatt faced the start of the last race before the brief Christmas break with heavy legs and a tired mind. 448 meters lower and 1:18.23 later, the Nidwalden man was able to breathe again. “I’m just glad I came down well and that it was enough for me to win in the end.” Odermatt said he struggled to get into the right frame of mind for the second race, losing confidence for a moment. Ultimately, the fact that the leader in the overall World Cup for once wasn’t an artist but a “craftsman” on skis is probably due to his running out of energy – if you look at the two second races of yesterday and today, you can see the difference

The Europa Cup is also a cause for celebration. Nicole Good won the EC slalom in Ahrntal (ITA) on Saturday and celebrated her first slalom victory in the Europa Cup after being eliminated on the same slope on Friday with a podium place in sight. “I’m so happy to have won,” Nicole Good told skinews.ch. “I skied well yesterday and today. Yesterday I unfortunately had a straddle… yesterday’s run had felt good, and I was able to transfer that feeling to today.”